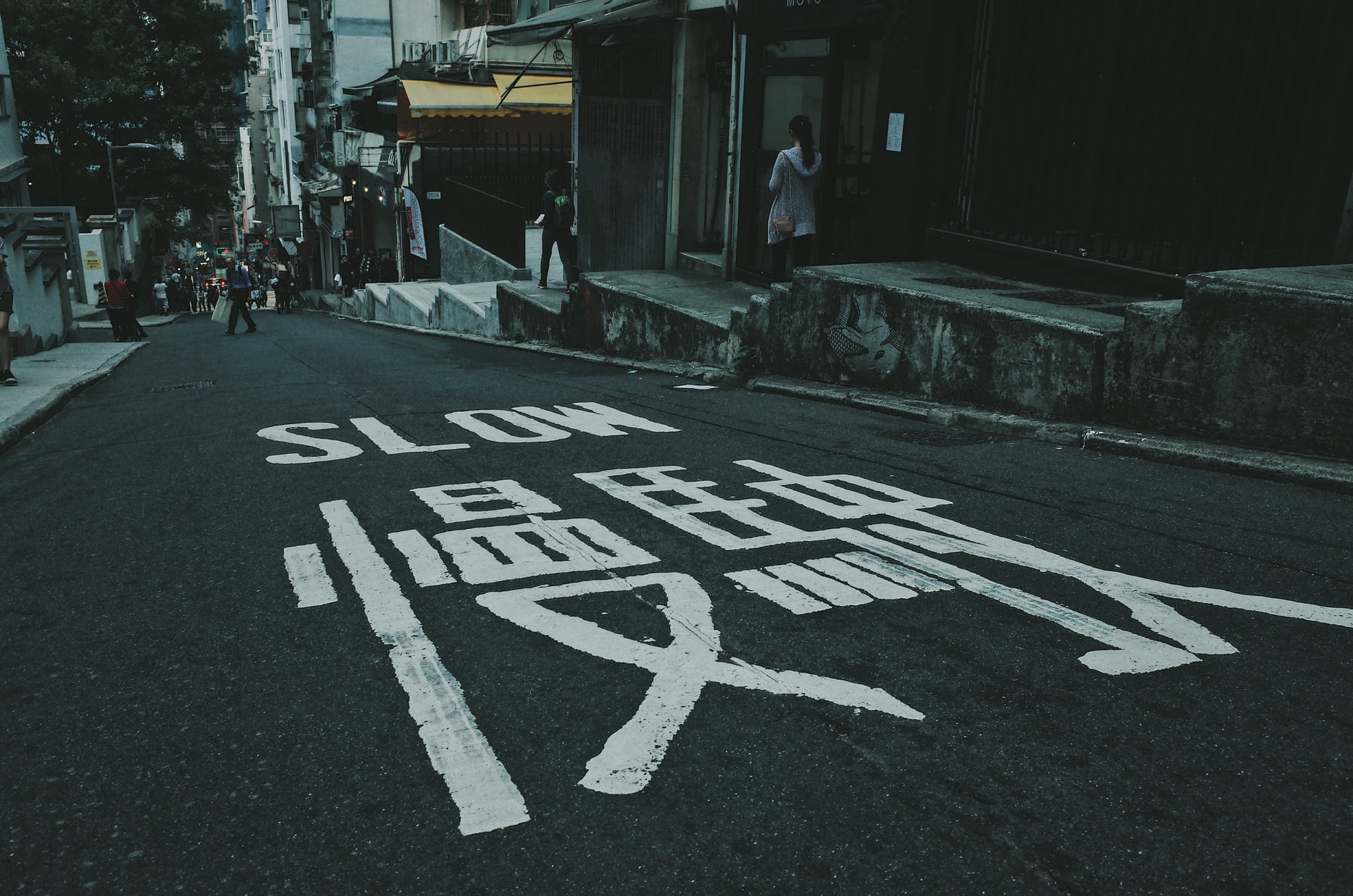 I learned, a long time ago, about a particular saying from the continent I grew up on: “the times are urgent; let us slow down.”

The first time I heard this African saying, I knew I had happened upon something important – something that needed to be shared at this time when the theme of urgency, the subject of the eleventh hour, and the prospects of an apocalypse scenario (World War III? Climate change disaster? Hadron collider mishap? Trump?) are now familiar tropes in our conversations about the future.

So, everywhere I was invited to speak, I offered an invitation to ‘slow down’, which seems like the wrong thing to do when there’s fire on the mountain. But here’s the point: in ‘hurrying up’ all the time, we often lose sight of the abundance of resources that might help us meet today’s most challenging crises. We rush through into the same patterns we are used to. Of course, there isn’t a single way to respond to crisis; there is no universally correct way. However the call to slow down works to bring us face to face with the invisible, the hidden, the unremarked, the yet-to-be-resolved. Sometimes, what is the appropriate thing to do is not the effective thing to do.

Slowing down is thus about lingering in the places we are not used to. Seeking out new questions. Becoming accountable to more than what rests on the surface. Seeking roots. Slowing down is taking care of ghosts, hugging monsters, sharing silence, embracing the weird. If a humanist response to, say, the killing of whales or police violence urges us to do more and more to stop these phenomena, the call to slow down reminds us that we do not simply act upon the world (as if the world were external to our actions, or as if we were external to it), we are the world in its ongoing action-ing. As a result, we might come to examine our complicity in class issues and how the loss of immediate connections with the ‘wilds’ renders us moderns poor spokespeople for the wellbeing of the nonhuman.

The idea of slowing down is not about getting answers, it is about questioning our questions. It is about staying in the places that are haunted. One of such haunted spaces is the idea of anthropocentricity – or the humanism that treats human beings as the center of the universe. What that philosophy excludes is the participation, contributions and collective creativity of the world at large. As I wrote in an article, “The world is not there to be read; it has its own momentum, its own ‘sense of humour’. The idea that we humans can introduce change independently or predetermine preferred outcomes merely by altering cultural constructs or changing storytelling practices is undermined by the fact of a world that is always at the spontaneous edges of self-experimentation. Atlas shrugs, and the world shrugs back. So, “what if the way we respond to the crisis is part of the crisis?”

An even more troubling question to ask is, “what if ‘crisis’ is the ‘wrong’ way to think about the challenges we face?” The figure of crisis calls on panic, hasty reactions, bleeping lines and tick-tocking sounds. It is when the slow rise of mercury through thin tubes reaches a point of alarming resolution; an inflection point. The modern figuration of crisis has enrolled reactionary platforms, where the urgency of a situation is the sole argument for sidestepping complexity and ‘doing something’ now. We’ve been hit by climate change, we’ve got to hit it back; we’ve been used by the 1 percent, we’ve got to overturn the tables; African children are failing their simple math lessons and not doing well at school – let’s send them laptops and funds to get them desks; people in the Global South live on less than one dollar a day – let’s create development programs and offer them loans in the meantime; we are experiencing sadness, we have to ‘get over it’ quick.

What these kinds of responses perpetuate is an agential monologue. We treat the world as if it turned around us, as if we are designed to fix it, as if we are stainless passers-by hovering a few feet above the mess we smarmily call ‘home’.

That way of relating with the world is now being haunted and increasingly being called into question. The world around us matters; it’s not merely decorative. And if we took this further, if we followed this wild stream of thought towards the tipping end, if we allowed that we are not the active ingredient in the chemical composition, we might find how we are being ushered into what some are calling a ‘multi-species salon’ – a world wherein complexity arises by infection, where a becoming-with is how things change, where we are not in charge of the outcomes but an ephemeral aspect of the process. It is this realization that leads Haraway (an author whose work is teaching me quite a lot) to insist that today’s most fascinating figure is not the ‘post-human’ as such, but ‘compost’ or ‘com-post’. Katie King even has a name for the kind of work she feels is vital today: ‘com-posting humanities’ (or ‘humusities’ as Rusten Hogness submits).

The world is a going-on together. A becoming-together. This has vast implications for how we think about ourselves, others and the world. Perhaps, today’s new openings in thought and action afford us an opportunity to build sanctuaries, places where people can feel safe and held, where a composting of ourselves can take place.

From September 16, we shall be embarking on a collective quest into sanctuaries to slow down. We are so grateful for all the people that have registered already for We Will Dance with Mountains. I invite you to join us if you haven’t done so. Visit http://course.bayoakomolafe.net/.