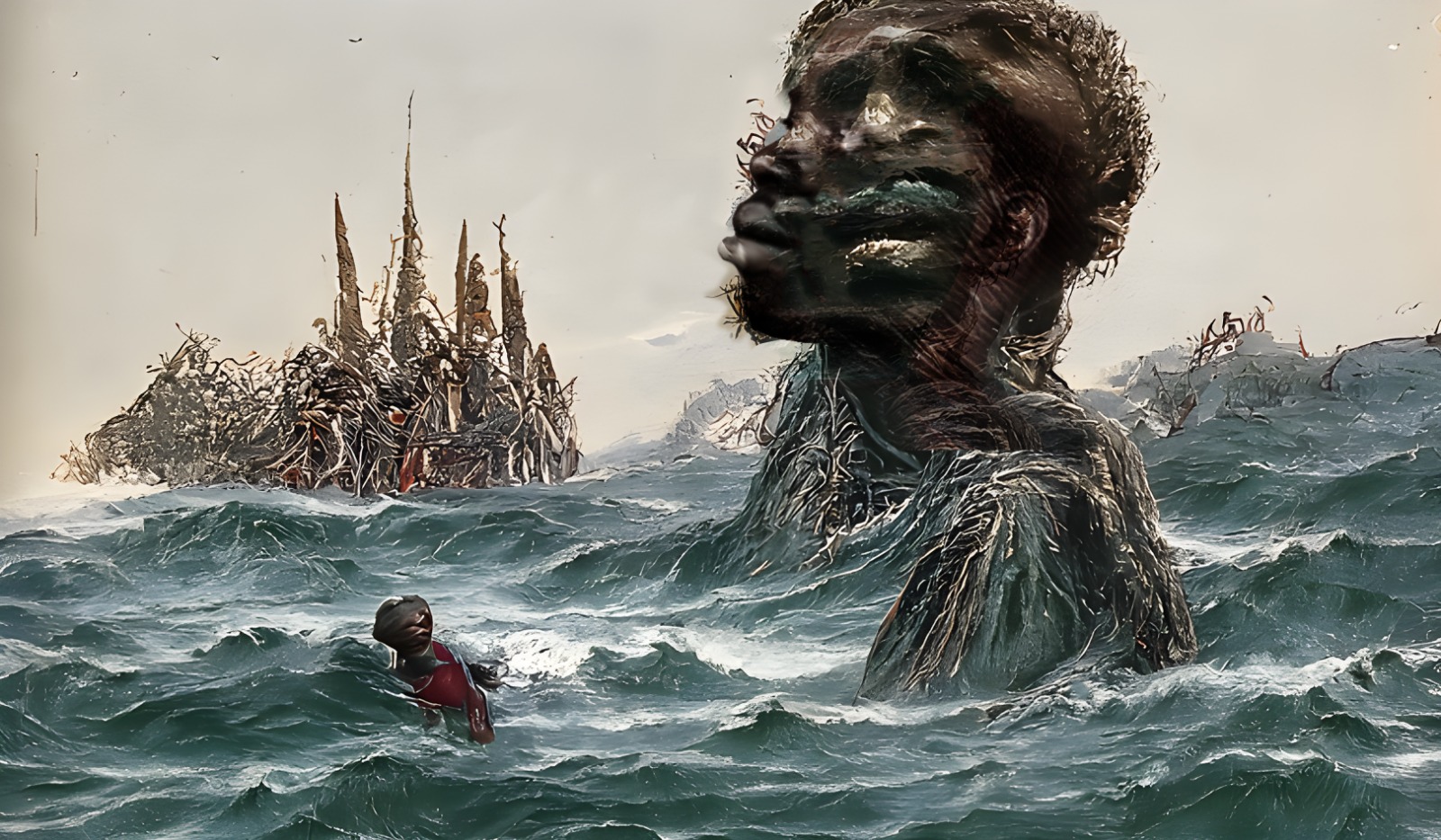 If the 'Anthropos' - the colonial world-making machine implicated in the production and flattening of ecologies - is a cartographic project, then losing one's way is a breakthrough.

Once, while out with my family, strolling through the large and expansive foyer of a shopping mall in Chennai, Kyah (our now five-year-old son) had an upsetting experience. I hesitate to call it a meltdown or a tantrum; I have learned not to. But at that moment, while he flailed and flapped and screamed and squirmed on the very public floor of a very public place in the full scrutinizing gaze of very public eyes, it didn’t matter much to my body what I called it.

I felt intensely embarrassed, frustrated, and overwhelmed - attempting to get him to “control” himself, to pull himself together. But all my attempts to rein him in fell flat. My wife, EJ, stepped up to us. “Walk away,” she said to me. She knew nothing I could do in that moment could help. She knew that I needed some fathering-mothering as well. I knew this too. I promptly removed myself from the situation, too fluffed up to witness her own approach to an impossible situation.

“I felt I needed to meet him halfway,” she would later tell me. “To come into his world – instead of dragging him into mine.”

Kyah’s (and his mum’s) autistic detour from the Symbolic Order lasted a few moments. Together, stretched out on that very public floor of hasty feet and quizzical passers-by, they defied the postural rectitude of ‘sanity’. I wasn't there to witness it, but I can almost see them...even now: mother and son lying down there; Kyah sobbing but his little inflamed body slowly acclimating to the gods that have taken up residence within; his mother reminding him in soft whispers that she was there for him and with him; many curious eyes wondering why she doesn't just pick him up from the floor.

EJ told me that Kyah stopped crying eventually, and then stood up: his worship done. EJ got up too. They locked hands and strolled to find me.

I was reminded of this event today and of the many events like these that have happened through the years – when Kyah broke something open, articulating an invitation I still struggle with but cannot escape from. Something about Kyah’s autism suggests it is not Kyah’s at all, that what we name “Kyah’s autism” does not belong to his body or brain, and that ‘it’ is perhaps better thought of as an intensity within a field instead of as a property of a specific individual. A glowing seductive place with an easily obscured invitation to crawl, to get down on one’s fours, to do something weird and – as such – to come alive. A cartographic deviation from the algorithms of the familiar. A crack.

You might say that where EJ and Kyah slept on the floor traced out the scene of a crime of some sort, an ontological break from the usual. I feel invited to linger there, to touch the scene gently like a discerning detective would. To listen. In my softer moments of thinking, I call this gesturing towards thin places and away from the usual an ‘autistic politics’.

It is an autistic politics that frames and nourishes my work with postactivism, my musings about ontofugivity, transraciality, settlement cognition, ontological apostasy, chronofeminism, chasmagraphy, making sanctuary, and all the other conceptual kin I have named that teach me how to think about today’s critical challenges. Yes, it comes back to Kyah and his mother EJ lying down in a shopping mall; it comes to Alethea’s beautiful questions and unschooled mind probing the world as a plaything; it comes to EJ’s powerful work as a mother and a leader helping other people meet their children halfway.

An autistic politics reframes disability as the dis/human signals of dis-assembly and incapacitation streaming through culture. Instead of being something to fix, to get rid of, the dis/human becomes a zig-zagging cartography disrupting the colonial linearity of progress, calling into question the assumptions we make about the human body and human subjectivity. It enshrines the promise that in losing our way, straying away from the marked tarmacs of the conventional, we might find ourselves in different, surprising places.

Have you ever lay down on the floor of a shopping mall, in the middle of a throng of eager shoppers? Perhaps there's a view of things entangled with that horizontal position that our anxious postures of rectitude know nothing about.