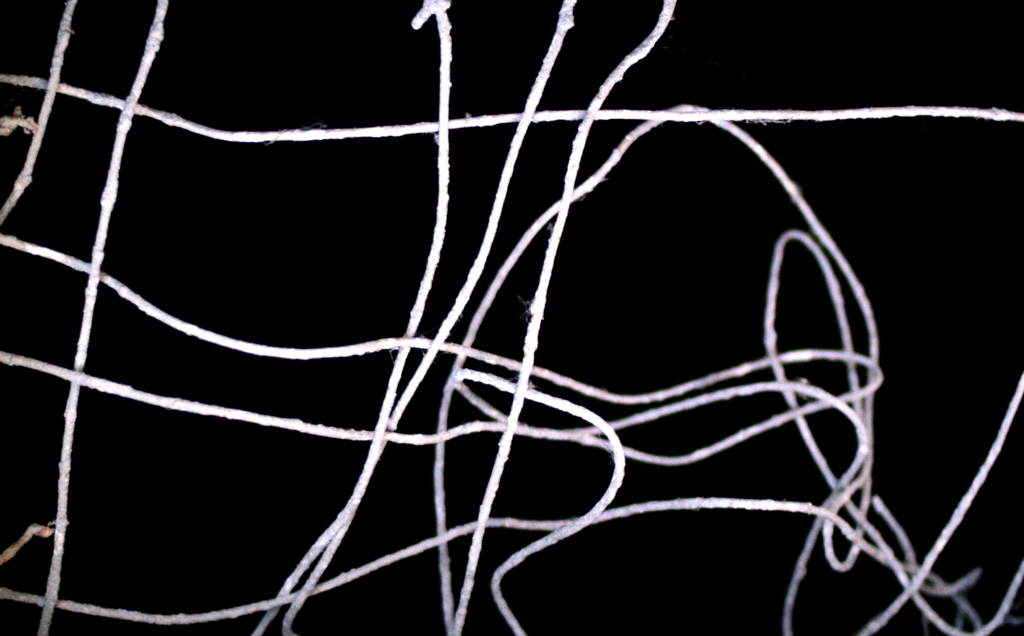 Believe All Women! Dispatches from the Frontiers

Resistance in an entangled and entangling world means that victory often reinscribes what we hope to escape.

Believe All Women was a white hot, high octane US-American memetic explosion in the machinic circuitry of white-male-dominant patriarchy.

When you think of that machine as a giant, world-shaping colonial steel trap that stretched across space-time, producing female bodies as objects of hysteric fits and dark arts in the Euro-American Middle Ages; as God-ordained vassals for the perpetuation of feudal mankind without rights to their own bodies; as property without voice or reason or story, prosthetic accompaniments to the hero's adventures; as witches and whores and where-have-you-beens; as suspicious; then you might begin to understand the series of righteous inflammations that erupted into feminist refusals of white-male rule, into the triumph of Roe v Wade, into the Aba Market Women's War, and into the ecofeminisms that reconstitute human bodies as co-extensive with the material world.

Slinking through the algorithms of the glitch were the fontless stories of repressed silence in the aftermath of assault, now too widespread to be contained. For far too long, juridical systems privileged males, husbands, kings, and the gods they swore to, by normalising a quotidian violence which was in turn justified by the inherent superiority of the male body. In the workplace, at home, in public, we all (even women) learnt to look away, to ask more questions with squinted distrusting eyes when women came forward with their claims, to pretend as if we cared, and to condemn those that had the audacity to express disdain for the gendered hierarchy of worth. But even the captured and the appropriated have tensile limitations: bend them long enough and they snap back with the nuclear intensity of freedom. The sound of revolution is a whiplash.

Believe All Women! became an ethical disruption of the unbothered continuity of male dominance, a disruption of the mere shrug of muffled rape. A sloganized inquiry into the death of the muscled master. The declaration became a wild bacchanal spirit come upset the order of things. But sometimes victories execute more than just turning points in the life story of battles; they often hide resilient imperatives that use the event of their apparent defeat to perform an ironic longevity. A trojan worm in the pastry.

Think about how the hard-won political wars against colonial rule in Africa, against apartheid, against the Bretton Woods post-WWII institutions, only served to re-inscribe the logic of the departed masters. In the wake of colonial departures, the first African mornings of independence were decorated with new flags and soaring anthems, along with the silent yearning to become the masters we had vanquished.

There's something about the performativity of resistance that materially entangles itself with the previous, so that the very effort to assert distance recentralizes what we seek to escape. It would seem that in a processual, entangling universe, there are no 'pure' breaks, no abandonment, no conditionless divergences. It would seem that bodies borrow other bodies to thrive, that materials mix with other substances in intra-molecular ways that our anthems of emancipation, good intentions, and furious memes hardly ever anticipate.

...sometimes victories execute more than just turning points in the life story of battles; they often hide resilient imperatives that use the event of their apparent defeat to perform an ironic longevity. A trojan worm in the pastry.

It would seem that the invocation to Believe All Women!, suckled at the teats of the American patriarchal previous, drawing sustenance from the epistemology it was summoned to outbid. Believe All Women! is possibly the most ingenious manifestation of patriarchy in contemporary Euro-American politics. For a time, it might have been the case that it was a line of flight away from the convergence of the colonial. A pothole on the highway. But like a fortified plantation that anticipates attempts at marronage, resilient structures often recapture errant lines. Morality eats up ethical departures, placing them firmly in the family line of world production.

What the code embodies is an attempt to replace the unswerving centrality of the male body with the female's. Believe all women? All of the time? Yes, many would assert. Against the tide of historical repression, who could affix blame to, or upbraid, such an assertion? But to believe all women all the time is to enact a relational dynamic that is impervious to nuance, to complexity, to specificity, and paradox. If women are always 'right', then something essential to them and transcendent within them rises above the fray and occupies a place above the matrixial goings-on of the world. Such a positioning is central to the ambitions of patriarchy as a world-formulating concept.

Patriarchy doesn't necessarily require the male body to be itself: like every concept, it travels, builds new alliances, experiments with possibility, and recruits other concepts to how it comes to matter in the world. In a hypothetical timeline shorn of traditional humanist subjects, it would no sooner enlist microbes and discarded plastics to ensure its gendered perpetuity than die tethered to gilded masculinity, which - one might speculate - is no less a spectrum than "women" is a pure category unto itself.

Of course, many have previously pointed out that the invitation to Believe All Women makes no sense where two women are locked in an accusatory stand-off. Which woman is believable? And why? But that logical inconsistency is hardly the issue of concern here: revolutionary feelings need not be bastions of mathematical certitude to be temporary sanctuaries to the afflicted. The point here is that this meme, this house of safety, this cry against the hordes of male-dominated assault, is - in the recalibrated relationality of things - the agential/affective continuity of the will to dominance. If the simplified category of "women" win the war against the historically violent categoricity of "men", something incalculable is lost. The game wins. And the patriarchal terraforming project continues, temporarily disturbed, but largely unfettered.

Patriarchy doesn't necessarily require the male body to be itself: like every concept, it travels, builds new alliances, experiments with possibility, and recruits other concepts to how it comes to matter in the world.

What then for this slogan arising out of the MeToo movement? What can it yet do? What might it accomplish? Perhaps a miracle. But I'd more likely wager a restoration of the familiar, ordinary violences that hide behind pretensions to universalism.

Somewhere in the feedback loop, the Möbius strip of resistance and comorbidity, lies a crack, an opening. I don't think this crack looks like justice. It won't resemble victory. It may not even think of evidence through the lens of legal procedures to excavate facts from the morass of memory, as if human subjects are independent, predetermined 'things' instead of effects of sociomaterial arrangements. This crack would be a monstrosity, a form of disability that invites a politics of reckoning-with gendered embodiment in new ways, with the diasporicity of bodies, with the affectivity of evidence, and the poverty of colonial dominance.

To defeat patriarchy is to reassert it. To meet it, an assemblage of human and more-than-human others would have to conspire to hospice its exertions to transcribe reality through the fonts of transcendence.

An American brother wrote me after reading this short essay. I cannot be sure if he read it in its entirety. He made a good point about noticing that the 'original' phrasing of this slogan was 'Believe Women', which was caricatured by right-wing commentators and re-rendered into a cartoonish 'Believe All Women' - a distinction I was grateful for.

Though I am not sure one can easily excuse the implied universalism in the 'original' slogan, or blame the American Right entirely for its purported caricature (a recent Vogue article on the ongoing Heard-Depp case ends with "...it is time to believe women...all women", suggesting that even for a left-wing publication it isn't that great a leap from #BelieveWomen to #BelieveAllWomen), it would seem that '#BelieveWomen' is a better alternative (though one can still make the case that it depends on and glosses over a convenient categoricity - of 'women' - that is already a caricature, a distortion). What this small essay seeks to address, however, is not the internal logic of the slogan but the grammar of comorbidity and hybridity, or how things get taken up into other imperatives, and how that co-extension with other imperatives means that our best attempts at resolution will often retain the shape of the colonial.

As a non-American, the view from without is a shocking consideration of the ways the American Left and the American Right feed each other and exist within the same ecosystem of responsivity and blood transfusions. When Chinua Achebe wrote his 'Things Fall Apart', arguably the most celebrated African novel, he told the story of images and caricatures; he told the story of attempts by a proper son of the soil to assert the image of his people in the face of colonial incursions. Ironically, every attempt of Okonkwo, the tragic protagonist, to preserve the image of his people traced out a caricature that gradually estranged him from the traditions he lived by. The book closes with Okonkwo hanging himself, performing the ultimate act of dislocation, away from the womb of the image that bore him. Achebe thus warned that the caricature is not external to the image, not the weaponry of a conceived 'other'; it is the agency of the image in its relations of self-preservation. The seed of implosion is within our own gates, planted on our own ramparts.

...the caricature is not external to the image, not the weaponry of a conceived 'other'

Whether it is 'Believe All Women', a purported attempt at belittling women's movements, or 'Believe Women' (where the generality indicated by the missing 'All' is silent, but the intention is to draw light to the plight of 'women'), a postactivist notion abides: the way we respond to the crisis is often the crisis masquerading as resolution.