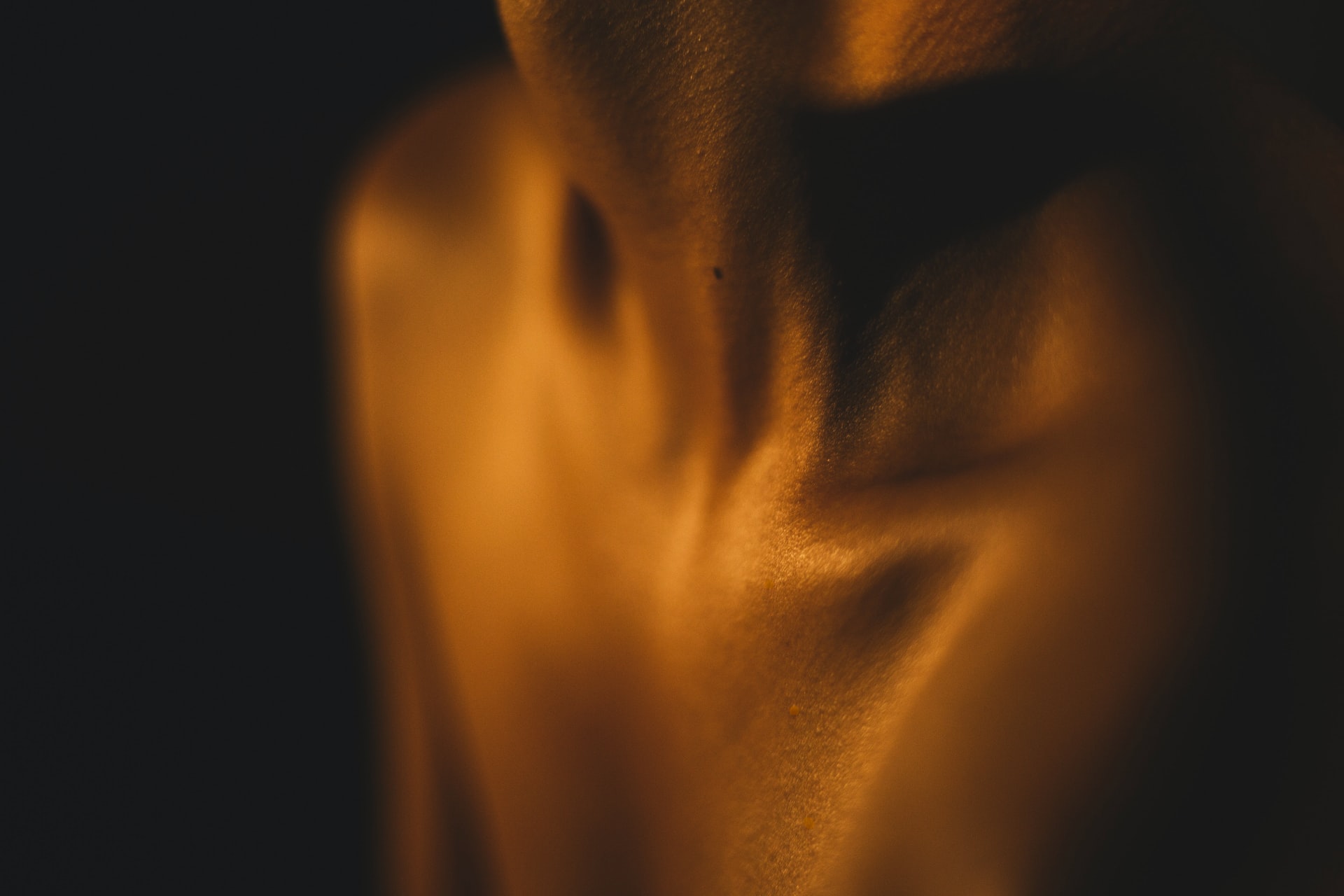 Do our bodies matter?

Revisiting health as entanglement with the nonhuman world

When 193 nations ratified the sustainable development goals (SDGs) at the recently concluded UN Sustainable Development Summit in New York, the resolute ‘wheels’ of a ‘brave new world’, a Huxleyan dystopia, whirred with new, ironical life. A pontiff cheered, a few pop stars sang, and world leaders – taking turns behind the green marble podium to read out what their speechwriters had carefully prepared for them to say – praised the new Sustainable Development Goals as the beginning of a better world for the poor, the hopeless and the marginalized.

Big business, civil society and celebrities said that the plan, if implemented by all parties, ‘guaranteed’ a world free from poverty, a world with gender equality, a world where health isn’t an afterthought but a real experience for most of the world’s marginalized peoples. But it was what wasn’t spoken about, what was not permitted, what was left out, that haunted the proceedings, leaving us all wanting: the intriguing possibility that we can actually live healthier, more embodied, more beautiful lives.

In a time when about a third of the world’s population reportedly lives with more than 5 illnesses, and the proportion of years of healthy life people lost because of illness (rather than simply dying earlier) rose from 21 percent in 1990 to 31 percent in 2013, revisiting what we mean when we talk of ‘health’ could not be any more crucial than it already is.

For the well-intentioned architects of the SDGs and the corporate interests that shaped the pre-adoption negotiations, what ‘health’ ultimately means is access to pharmaceutical products. Solving the hydra-headed insurrections of global health crises means improving research into medicine, funding the provision of health infrastructure and surveillance systems, reducing mortality rates, creating safety nets for those who cannot afford quality healthcare, sophisticating medical technologies, and getting them to places they are desperately needed.

We’ve done this for years, with mixed results. With the fear of Ebola still percolating through the bureaucratic optimism of global health governors, the current portrait of global health isn’t exactly a picturesque Rembrandt. Analysts blame restricted funding, a lack of leadership and initiative in global health governance, as well as the poor health facilities in individual countries.

A ‘deeper’ idea is hardly ever engaged: what we have in our hands isn’t a health crisis, it’s an ‘everything’ crisis.

Our modern tendency to parse the world into fixed categories, into boundaried sectors and fields, often blinds us to the significance of a world that is entangled – and not merely entangled in the sense of having predetermined, pre-relational properties, but in the queer sense popularized by Karen Barad, a theoretical particle physicist who coined the word ‘intra-action’ (as opposed to inter-action) to show how ongoing relationships, not discrete ‘things’, are what the world is made of. As such, Ebola is not a virus per se, but a ‘phenomenon’ – and to understand it, we must study how it materializes from a particular configuration of humans, the non-human world, national boundaries, scientific discourse, the media, technology and more.

Once you can wrap your thoughts around this (that there are no individual ‘things’, and that everything is intra-connected to everything else), it becomes easier to see why health is a political-economic-spiritual-epistemological-ontological issue, and why addressing today’s escalating tally of reported sicknesses means paying close attention to the discourse of development, to the myriad ways we have divorced ourselves from ‘nature’, to the way work culture is framed, to the way knowledge is produced and reproduced, to the masculinities that exert themselves in form of economic progress and growth, and to the ways our bodies, ironically, do not matter.

The last assertion about our bodies may come as a shock to many – but it is a compelling thing to say and not easily dismissed. The modern health discourse is part of the unfolding of an old assumption about the world – a Cartesian idea that installed a binary of sorts into western thinking. As such, in spite of well-documented radical criticisms, it seems logical to think of nature as separate from culture, meaning (mind) from matter (body), female from male, the individual from society, and subject from object.

At the heart of modernity are these dichotomies, these binary relationships, where one property sustains a hierarchical relationship over the other. The modern subject is imagined to be an effect of cognition, whose primary grounding is in a politics of identity. The body, the material, the ‘sinful flesh’ of Judeo-Christian mythology, is a second-class citizen – redeemed only in its submissiveness. The body is mute. A machine.

Not surprisingly, the implicit message of our modern lives is that we must work hard to earn our place in a Calvinian scheme of things. We must improve ourselves and grow. The body is a curious afterthought, a nauseating, amorphous, visceral quality that we must do our best to whip into shape. David Knights writes that “human agency is reduced to reason, and the body is reduced to an instrumentalized vision of itself, a mechanical apparatus to serve the dictates of reason… [The modern world] prevails on us to control our bodies and emotions rather than allow them to interfere with the orderly, cognitive certainty and purposive intent of rational actors.”

As the gulf between ‘us’ and our bodies grow wider (perhaps it is more appropriate to say that ‘as we continue to be excluded from thinking of our bodies as significant’), the need for pills and allopathic medicine, quick-fix yoga and other forms of corporatized spiritualities escalate. We live disembodied lives, cut off as it were from the materiality of our bodies and the world, constantly evading the thickness of the present in search of a conquered future where the self is validated.

The modern human lives in a bubble, interacting with a highly contrived landscape that reflects our quest for abstract supremacy. What we call health today is the continued disciplining of the body, the taming of the promiscuous shrew under the dictates and organization of the masculine.

“With all this development”, a 40-something year old Yoruba priest-shaman confided in me a few years ago, “and with all these roads and buildings and cars, we have chased away the spirits of the land into the thick forests.” He told me that people were sick because they no longer spoke with these spirits, no longer knew the language of the plants, and had ‘education’. The other interviews I conducted during this time brought me close to the lives of 6 other shamans, who had varying views about ‘western medicine’.

I later learned how ‘alternative’ (a term I find pejorative) medicine, emerging from nondual epistemologies, does not make sharp, fixed, judgmental distinctions between sickness and health. Sickness and health are not binary opposites, they are mutually co-constitutive. Using Barad’s ‘cutting’ tools, one might say that sickness is not an interruption, but an ‘intra-ruption’, unfurling from the body’s own aliveness and need to be heard. In this sense, crisis is healthy. Allopathic medicine, the paradigm of health that the SDGs are concerned with, is suppressive, essentialist and extractive, reducing the complexity of life paths and its rich entanglements to symptoms.

“This is the reason why pills are Manchurian solutions”, my wife, Ijeoma, tells me. She learned this the hard way.

As a biotechnologist working in a university in Nigeria, she worked day and night to extract active antimalarial compounds from traditional concoctions that had proven successful in their contexts. After our first child arrived, she fell ill. Really ill. It was something to do with her liver. She would be doubled over in excruciating pain, and often had to end her lectures mid-stream. The doctors’ diagnoses also confirmed that she had gall stones. They were too big, and had to be ‘exorcised’ with surgery. It would cost us more than 3000 dollars. Having talked about indigenous worlds for long, we decided to go home to India (Ijeoma’s mother is from India) to explore the ‘other’ option.

Ijeoma met with a Tibetan healer in Chennai, who was able to tell her (without prior information) that there was something up with her gall bladder, and that there was also a lot of pain in her shoulder bone. His ‘diagnostic’ tools? Gentle fingers feeling for her pulse. “I recommend you do not do the surgery”, he told her. “Pain is not bad, it’s the inexpressibility that words cannot convey, and how your body speaks. What you need is to watch what you eat, give yourself a lot of water to drink. Eat these herbs. Don’t expect the stones to disappear overnight. This is going to be a slow re-acquaintance with your body.” She got better. It cost us 125 rupees.

This October, at Schumacher College, Totnes, both of us will be sharing these insights during a 5-day short course. We will share why disease cannot be adequately treated straightforwardly by pill proliferation [the one-fits-all-paradigm], by the linear logic of modern pharmaceutical intervention, or by treating ‘disease’ as the enemy to be controlled and conquered. Allopathic medicine would have us reduce the cause of disease to a ‘virus’, but – just like the human soul is not an essential ‘ghost’ that innervates the machine, but the entangled/entangling world ‘around’ us – the soul of disease is not a virus, but an entanglement of agencies. What the modern health discourse excludes us from saying is that what is really ‘sick’ is not ‘within’, but the particular economic-political-epistemological arrangements that make us ‘human’ today.

We will share why the modern promises of healthier living – often condensed in ‘green products’ and ‘green’ pills – are how the masculine mind-body, nature-culture binaries reproduce themselves, and do more harm by divorcing us from the fluidity and fluency of our bodies.

Most importantly, we will explore why modern culture and its morbid fear of falling ‘behind’, dying, or surrendering, is in dire need of a new ethics that shatters those binaries and brings us to the vibrant materiality of our bodies – an ethics that doesn’t treat our bodies as pharmacological billboards, and reconfigures our alliances with the nonhuman world, with community, and with the thickness of a swirling now.

We have no hope of living more embodied lives if we continue to treat our bodies as nauseating afterthoughts, as machines in service of a mathematical, clinical, sterile notion of health. Perhaps, down to earth is where we must be to meet ‘our’ bodies anew, us, in all the wild mattering that giant summits and big business cannot understand.