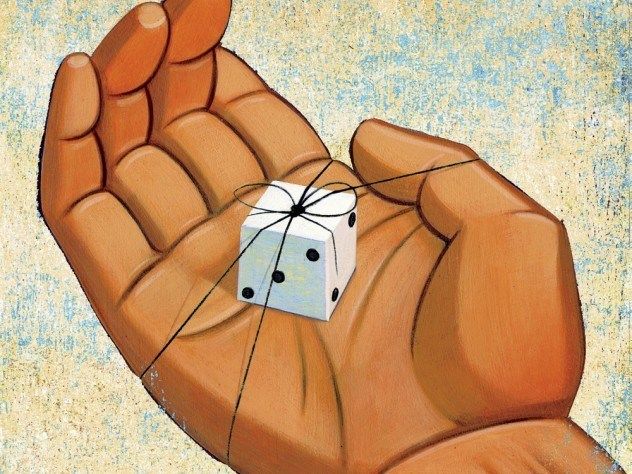 Free will versus determinism

As a young clinical psychologist in training, I was often preoccupied with the ‘deeper’ philosophical questions about human behaviour.

These are the questions we in the profession hardly ever examined in public when we were taught to produce a CBT chart for clients, prepare a patient for electroconvulsive therapy, or administer some antipsychotic medication. For me, I needed a more expansive sense of why I was doing what I was doing, and to wrap my head around some of the vexing questions haunting the human figure. One of my private retreat places was thinking about free will versus determinism – a long fight for the soul of what it means to be human.

Free will says we have the ability to make choices, and this ability is super-natural or ‘outside of nature’ because nature, unlike humans, is mechanical and separable. Determinism rejects that anything is ‘outside of nature’, and insists that human behaviour can be entirely explained by natural processes. That is, if we could account for all the chemical, electrical, biological, psychosomatic goings-on in you, it will be possible to predict exactly what you’ll do in a given situation. No free will.

Maybe that’s the wrong question here. Maybe it’s more productive and useful to examine the ways we’ve framed the issue – whether we are ‘free’ or not free – and what that framing excludes. It may not seem like it, but the lofty idea of free will and the cocksure notion of material determinism – the binary arguments about humans and their place in the world – are grounded by the same hidden assumption about nature or matter. Nature is fixed, still and determinable. A sincere gesture of patriarchal inquiry…a swift glimpse under the microscope…will expose all that one needs to know about the world. What you see is mostly what you get.

But what if nature isn’t that? Many indigenous cosmologies don’t even have any conception of ‘nature’; they can’t name what they are themselves embedded in. The Yorubas speak of ‘aye’ as a vast conspiracy of connected events and beings and powers – there is almost no universally agreed upon English translation. Now, quantum physics is disturbing the idea that nature is determinable – or that there is some final bedrock law that governs what things are. This is not the same as saying ‘anything goes’ or that ‘nature is consciousness’; instead, the very materiality of the world, the real world, is dancing, changing, conspiring, animated and emergent. What a thing ‘is’ is always a matter of the kinds of relationships that have produced it. In other words, what a thing ‘is’ depends on others – and nature is indeterminate…always deferred, always yet to come, still in the making, not yet finished…never not broken. Nature is not natural.

This relational mode of thinking about the world challenges the free will – determinism argument. They are not the only option we have. If nature is indeterminate, then determinism itself is defunct and, likewise, there is no need to seek some disembodied ‘outside’ or mind-stuff explanation for human behaviour. Choices become not the things we make unilaterally, but the spontaneous contributions of other agencies and other bodies to what ‘this’ body is doing. Responsibility shifts from its previous conception as an ethical imperative imposed on me to the very motions of ‘my’ body in tune with the music secreted by everything else.

Humans are not special because we are outside of nature; we are special because we are what nature is doing. We are special because we are permitted to be so by the other beings we are intricately stitched with. And what ‘nature’ (if we must continue to use that term) is doing is not the outplaying of some predetermined blueprint, but the rhapsodic in-touching of new possibilities for being. A constant becoming. It’s really spiritual when you get right down to it, so to speak: we are unfinished and co-produce our being with the radical other. The destination pales in the brilliant resplendence of the journey itself.