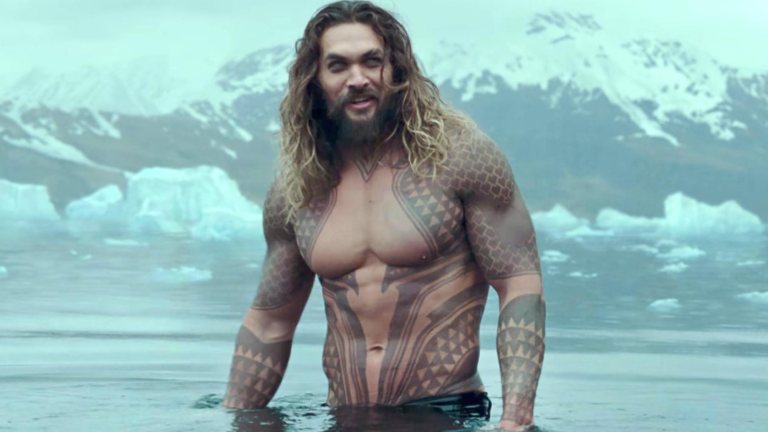 How the Real is more fascinating than we can think

A meditation on Aquaman, science and the alchemy of imagination

Yesterday while the kids slept, watched over by helpful relatives, Ej and I snuck out with friends to watch the new blockbuster movie Aquaman. It went swimmingly well (pun intended). I liked it. An unabashedly ludicrous and yet entertaining hydro-adventure awash in CGI, Aquaman is an irreverent universe chock-full of the outrageous: armor-wearing sharks with laser beams; giant water dragon-like monsters; an underwater gladiator match with trident-wielding Atlanteans; and, my favorite, a drum-pounding octopus. There was plenty of pathos, but no bathos – no self-aware wink at the audience. James Wan, the movie’s director, embraced his source material’s silliness so tightly that, at least for me, he managed to alchemize occasional bursts of the sublime.

My obvious enjoyment got me thinking about my prior commitments to cinematic depictions of the ‘real’. Being a nerd for so long, I’ve always been interested in superhero comics and movies. I consumed a lot of comic books and comic book movies as a teenager. But it wasn’t until auteur director Christopher Nolan’s highly cerebral take on Batman (in the Dark Knight Trilogy) that I began to feel disdain for ‘popcorn flicks’. Nolan is famous for gritty dark tones, and is usually celebrated as a ‘realistic’ storyteller. Nolan’s Bruce Wayne had psychological depth, underwent an incredibly grueling training regime to attain a convincing level of physical adroitness, and had to order his iconic costume  tactical gear from China to maintain anonymity as a billionaire playboy in Gotham. Everything seemed earned and grounded in the real.

In those films, Batman wasn’t a ‘hero’ fighting for justice, truth and the American way. He was a sick man undergoing self-imposed animistic psychotherapy to palliate the pain of losing his parents. Justice wasn’t some immaterial principle that powered the Batman’s angry fists; the brawler’s moral distortions, sense of inner guilt, and stack of billions of dollars created his specific brand of righteousness. For sure, Nolan’s decision to base the character in a highly complex world that resembled ours fascinated me. No magical creatures. No laser beams. And certainly no psychedelic octopi. 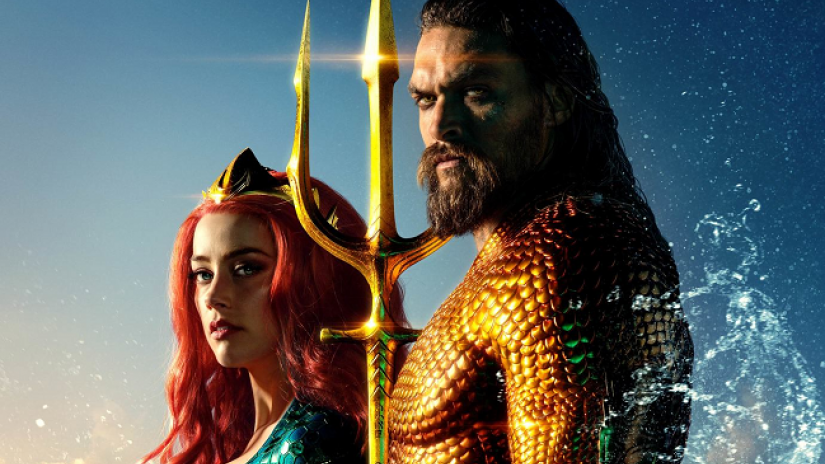 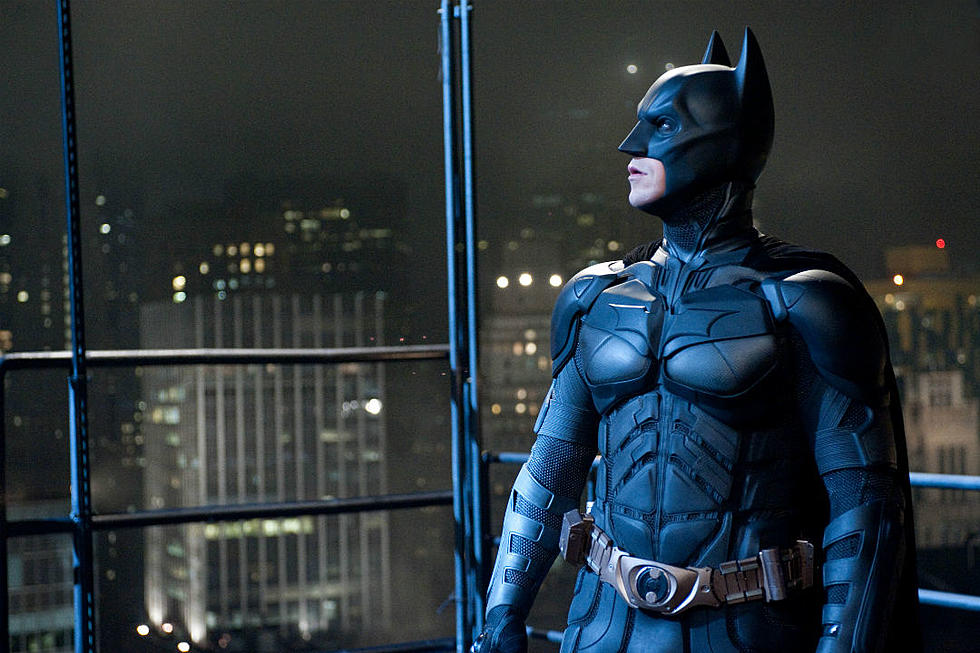 And yet, when we get right down to it, what is a ‘realistic’ story? In what ways are Wan’s Aquaman less real than Nolan’s Batman?  Or less ‘true’? Perhaps the expectation here is that a film or story is more real when it corresponds with how most of us experience the world. This expectation is in turn based on the assumption that there is a world outside of, and distinct from, our experience of it – a factually independent and consistent realm that we can faithfully depict in our expressions, or fail to adequately represent (which would be called ‘lying’ where this failure is characterized by a refusal to adhere to this stable reality). This theory of correspondence only works when reality is envisioned as a binary configuration of ‘appearance’ versus ‘reality’, what we know and what really is, what we represent in art and text versus what lies behind those representations. Fiction versus fact.

Scientific fact – that noble product of modern western commitments to purity – is itself premised on the idea that fact and fiction are fundamentally separate. We must hold at bay our all too human tendencies to muddle things up, to have opinions, to nurture sticky biases, to indulge our thoughts, in order to arrive at a world that is beyond appearance. Objective. Resolute.

However, ‘facts’ as ahistorical, non-contingent pieces of the real have undergone a lot of scrutiny for a long time now. I’m not about to take you through a whole history of this critique at the edge of a new year. That would be unforgivable. And impossible. Perhaps actor and public intellectual Stephen Fry’s dry humor might suffice here to mark the kinds of material shifts that are catalyzing new visions of the ‘real’: “A true thing, poorly expressed, is a lie”, he says.

What Fry means is that ‘the real’ and its expression are not separate, but entangled qualities – feeding each other. The world inside our heads – so to speak – is a performative enactment of the world our expressions seek to disclose. Moreover, it is not that we struggle to capture what ‘really’ is; instead, we perform a world that does not fundamentally demarcate between imagination and actuality with some kind of Cartesian precision. What is real is so fluid that to speak about it is to affect it. Another way of saying this is that art begets life…begets art. The beloved Star Trek franchise introduced handheld communicators “that looked like walkie-talkies with a flip top” during its original run – a fictional piece of equipment that later inspired Motorola to create the very first flip phone: ‘StarTAC’.

If everything is materially entangled (and ‘made’ of the same kind of stuff), then even (what we call) ‘lies’ matter: they are materially vital, shaping the world – sometimes in deleterious ways. A theory of correspondence does not adequately account for how things move, shift, die, enable action, become stable realities, or deconstruct others. The modern effort to alchemize the purest thought, to escape our limitations and arrive at a world beyond representation seems already needless by the observation that there is no Trumpian wall between ‘appearance’ and ‘actuality’. We are always steeped in the performative, in material practices of co-becoming, in a rich ecology of porous boundaries, in flows, in transactions between what ‘is’ and what ‘is yet to come’.

More recent insights into the contingency of thought tell us that we are fabricators of practice: our minds are not windows into truth (no matter how feverishly we try to scrub off the stains of finitude); instead we co-create with the world. When we remember, we imagine things up. When we look at clouds overhead, we ‘notice’ Atlanteans in combat. When we consider our lives, we imagine a beginning, middle and end – we impose plot and structure, a necessary behavioral stratagem to maintain our territories of survival and continuity. This is not the same as saying ‘there are no facts, there are only stories’ (or that there isn’t an objective world), but that facts are emergent ontological phenomena. The real is more fascinating than we can think. To think that the stories we tell are embroidered patterns we make on the neutral, grey, and lifeless surface of things as they really are is not only to think too much of ourselves, but to fail to see the playfulness that calibrates the real. Stories do not embellish the real; the real is the fluid, ever-changing more-than-human conditions that dis/enable embellishment.

Which brings me back to my question about ‘realistic stories’. I don’t think any story is inherently (that is, by virtue of its own self) ‘realistic’. Our cultures will render some stories as worth paying attention to, and others as rubbish – but stories are lies. To remember is to re-member or reconfigure the world in the probing act of alchemizing memory. To tell a story is to reinforce the presumption of consistency and the beguiling constancy of intelligibility. Think about it: think about what we necessarily have to leave out just to report an event. Think about the seething pagan vitality that haunts the seemingly innocent expression: “Good morning.” All the worlds left out and eliminated in bending the ineffableness of sunrise to ‘meaning’ glow seductively.

Nolan’s grim Batman is neither inherently more ‘realistic’ nor more authentic than Wan’s CGI tempest of marauding Darwinian fish-men and glowing tridents. There is no stable referent to which we might pin up the appellation of ‘realistic’, since nature is by nature a deconstruction of itself. In this sense, a drumming octopus reconfigures reality – not because such a queer imagination might some day inspire someone to genetically engineer such a creature, but because the real is only known by its effects. By what it produces. And Wan’s wacky aquatic world and its eponymous hero certainly produced something…the merest of somethings, that fickle blot of gratitude that shows up once in a while: joy.

This year has been beautiful for me and my family. I thank you for reading me, following my adventures, sending me letters, and even penning majestic ordinances of blessings and prayers that I have since archived – to be read in some future time when I no longer have teeth, and want to recall abler years with my wife and children. Not only did 2018 bring more attention to my book, and bring me scores of invited presentations and talks from across the world, it brought me new friends, new teachers and new possibilities for acting in the world. This year, Ej and I got invited by Middlebury College to become professors, and I found a new story that I am itching to tell in a new book about a certain trickster god. Perhaps, more excitingly, The Emergence Network came together – and we are getting ready for a year of queer activisms in 2019. I will write you about this when the year unfolds. It will be the next thing I write about. But before then, I thank you for your friendship.

May this new year bless you and bring you wondrous new things words cannot articulate, as we collectively sigh at this threshold. Together.