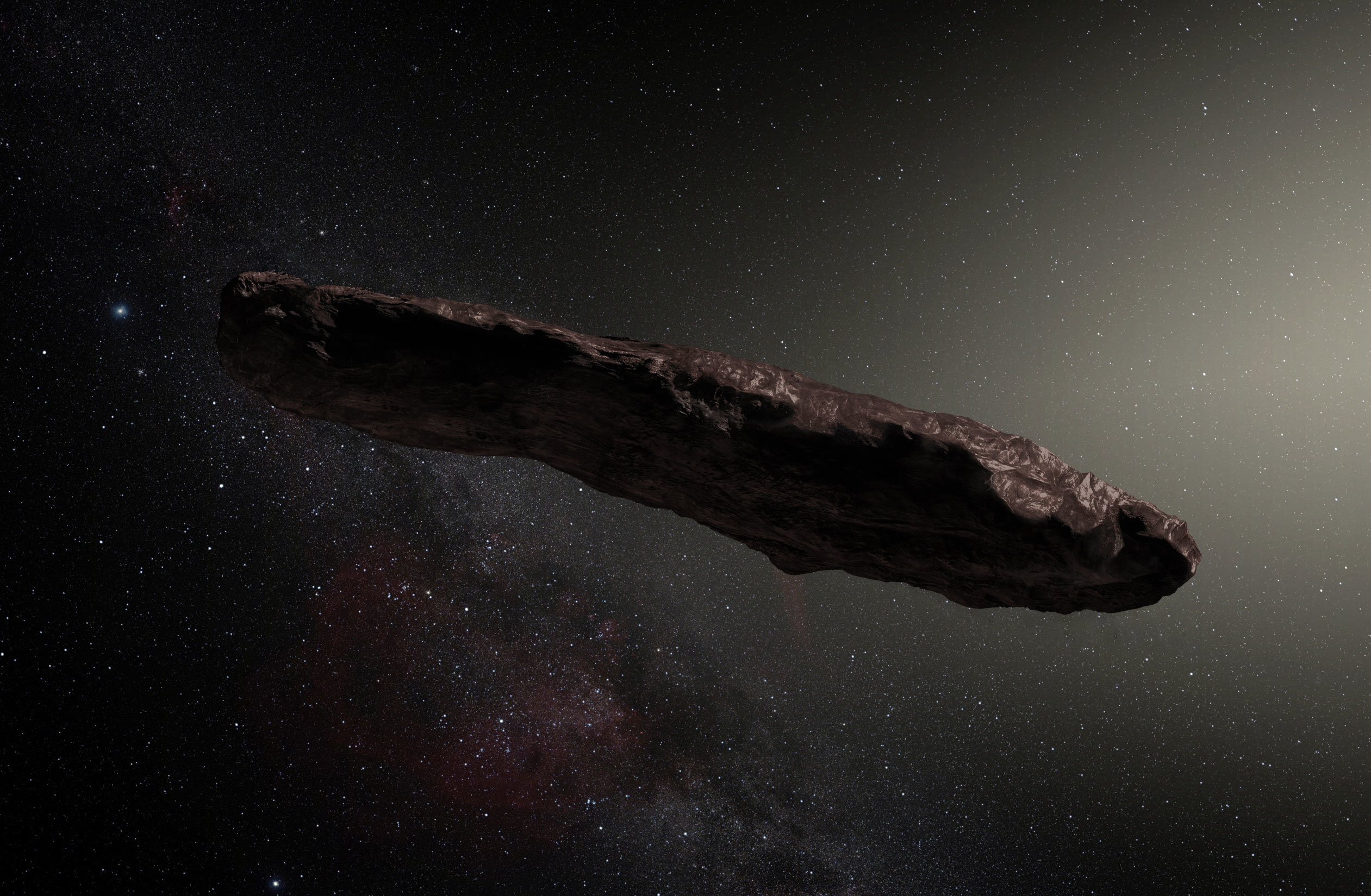 A 19th century French novelist, Charles Baudelaire, wrote the short story ‘Counterfeit Money’ – which focuses on the nature of gift.

Algerian philosopher Derrida used this short story to trouble the idea that gifts reinforce mutuality. That is, in answer to the questions – “Should one expect something in return when you give a gift? Or is it a gift if it comes back to you somehow?” – Derrida responds in this manner: the gift is that which breaks the circle, pierces through the circle of mutuality and exchange, and introduces a level of indeterminacy to the context. In tension with the idea that gifts invite mutuality, Derrida and Baudelaire suggest that the gift is ‘foreign’, outside of the swirl of the expected, and cannot be repaid.

At least in that sense of something that comes through and introduces indeterminacy (like counterfeit money), this story about (what scientific observers have named) ‘Oumuamua’ – the giant cigar-shaped interstellar object that passed by our galactic neighbourhood some time ago – is really stirring the waters right now. First, every serious observer noted with a gasp that the shape of the supposed asteroid was bizarre. Some Reddit posts by observers revealed the deeply troubling nature of this intergalactic visitor – with one particular comment noting that scientists were beginning to take seriously the idea that the cigar was not just a cigar (couldn’t help myself). And now, in mainstream media, everywhere, it is being reported that scientists are listening for signs of alien life in what they now think was not merely a rock but some kind of vessel.

I can’t help but think of all the probes and probing happening today. Ours is truly a time of leakages and exposure. There are probes into collisions, probes into salacious secrets, and now probes into alien spaceships. And our boundaries are feverishly giving way, reconfiguring the entire body, melting away ‘old’ structures, morphing into new organic shapes that have no names yet.

Perhaps we would all look different not too long from now – not able to recognize ourselves. For sure, if scientists pick up sounds of intelligent life on that ‘vessel’, it will change us. It will spill into our lives and reorder our body-politic – just in the same way that the #metoo campaigns, climate change politics and the suspicious successes of sustainability discourse, and the radical loss of privacy is already remaking us.