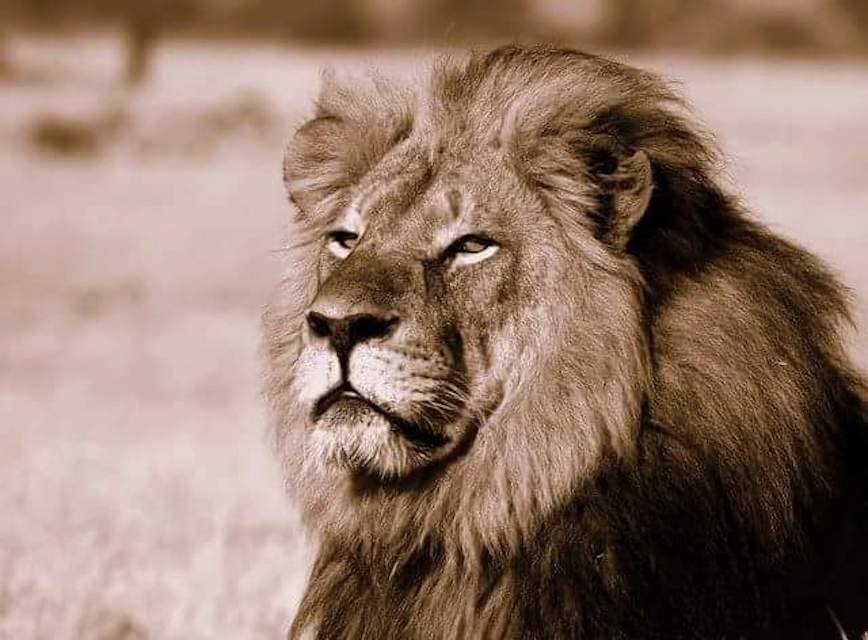 The killing of Cecil the lion is just one more syllable in the horrifying sentence that is our modern hubris.

I watched polished news clips, my stomach recoiling in repulsion, as the text of the American dentist responsible for taking this regal life animated my screen in crisp, clear images: “I had no idea that the lion I took was a known, local favorite, was collared and part of a study until the end of the hunt. I relied on the expertise of my local professional guides to ensure a legal hunt”, the doctor said, as if the gravity of snuffing out the proud prance of such a wondrous creature could easily be compensated for, or explained away, by legal speak. Would it have been less outrageous to kill a lion just to be able to take a picture with the carcass if it were deemed acceptable by law? What did that lion mean to his pride? What vibrant conversations did the winds have as they giggled past his mane? What about the bereaved? – not just the humans that drew in immeasurable beauty from gazing at Cecil, not just the other lions, but the mountains, the cocktail weave of dancing forms that knew Cecil by a name that cannot be pronounced?

As the mainstream media scrambles to play to the frequencies of outrage filling the air, what slips into our cultural blindspots – what stays excluded from the discourse or what we are not allowed to say – is just how insulated, exiled, and removed we are from the majestic immediacy of what we rudely call ‘nature’. And just how impoverished our knee-jerk conversations about big-tent issues like ‘climate change’ really are. I do not write this from a morally superior standpoint or from any position of exteriority; I do not write this to gain brownie points or to rise in condemnation of the dentist-hunter who felt well within his ‘rights’ to take a life. I write this sensing that my words, how I respond to this event, and the repulsion I feel are simultaneously one secretion of the same apparatus that allowed/framed Dr. Palmer’s actions and echoes of a political possibility not yet realized. One day, when my outrage is done, hopefully in the days of my daughter, we will see lions as co-dancers and comrades in this mysterious pilgrimage of life, not exotic trophies we can merely hang on our walls.