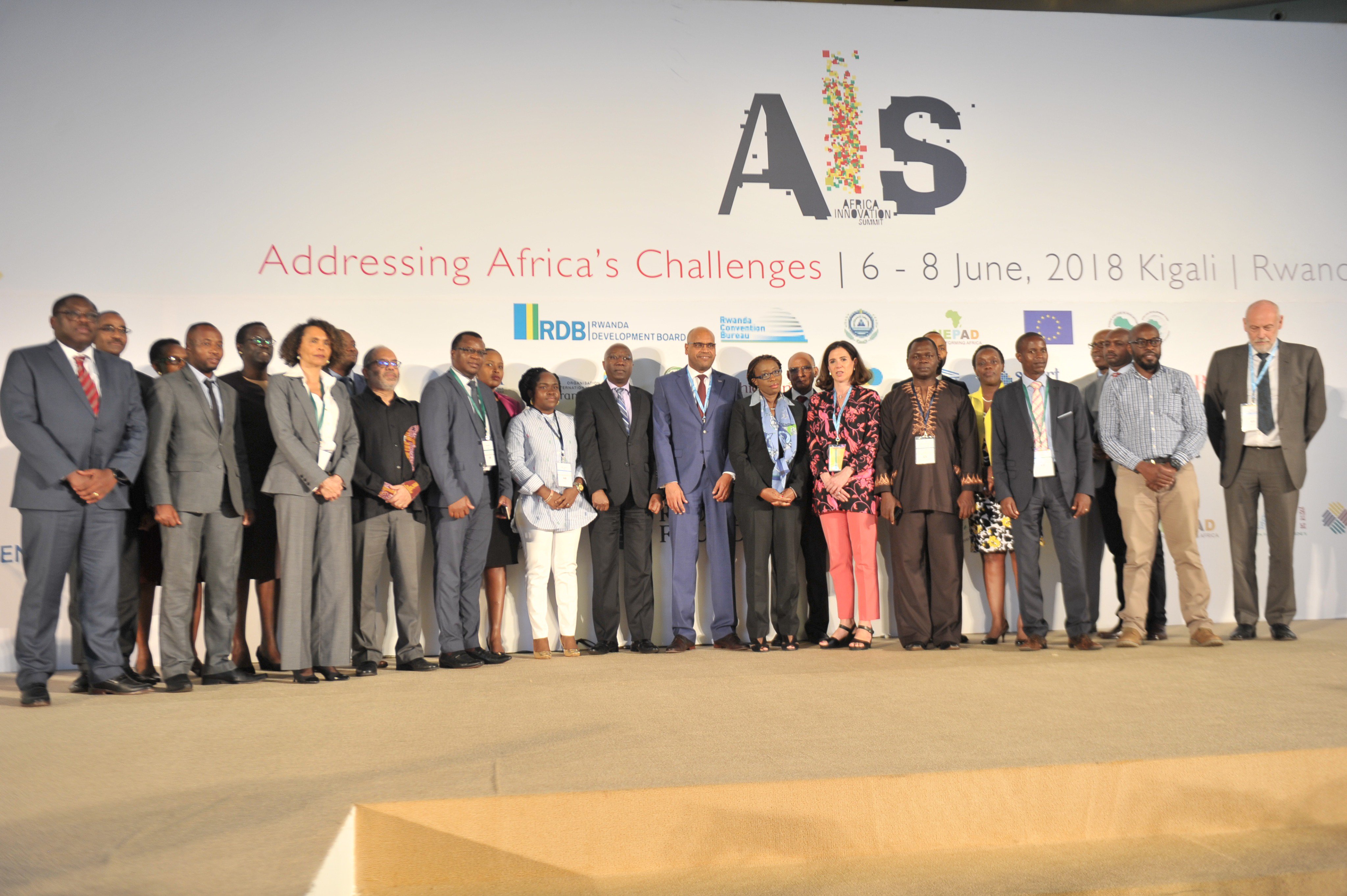 On thinking out the box

While speaking at the recent Africa Innovation Summit in Kigali, I noticed an ironic and uncritical fixation with a catchphrase that seems to have become the access code for those seeking relevance in the so-called ‘creative sector’: “thinking outside the box”.

At the Summit, everyone sang those words like they were tortured doxologies, riffing off on the need for young people to do more of it, bemoaning the fact that we Africans weren’t doing enough of it, and extolling the virtues of those who had succeeded in doing it enough to get noticed.

The Prime Minster of Rwanda, in his opening keynote, spoke about “thinking outside the box”; through the conference days and plenary sessions that followed, successive panels of distinguished African ministers and professors across the continent spoke excitedly about young Africans who were breaking through the box every day, milking every syllable of the exhausted meme. The applause in response to these ideas was usually deafening.

But if you really listened through the spectacle, the sermon to “think outside the box” – shouted into microphones, often followed by an Obamaesque ‘yes we can’ bit – felt empty…a Band-Aid to mask our deep discomfort (and refusal to sit) with the fact that we didn’t really know what to do next about any of the challenges haunting the continent.

Along with my friend and colleague, the Director of Foresight at UNESCO, Dr. Riel Miller, I was invited to address the closing session in the hugely impressive and baroque dome, filled with suits and aspiring suits, journalists and technocrats. I started by telling a brief story of my family’s ordeal in Kinshasa, Zaire (now Democratic Republic of Congo) when I was younger. I spoke about being the spoiled child of a senior diplomat, chauffeured to school every morning, oblivious to the world around me, knowing only the manicured highways of the nation’s capital – until an insurgency of disgruntled Congolese soldiers protested their dictator’s greed by pillaging diplomatic residences…going as far as killing the French Ambassador who lived near our home. We were lucky. We escaped by the skin of a corpse’s hair – but only because we were led to the safety of the Nigerian Embassy by locals through bushes and gutters and slums they were already familiar with. To the gathering at the Summit, I remarked that I would never have known about those detours and side-paths if our life-threatening situation did not chase us off the highways.

Then I homed in on my point: sometimes the highways no longer lead to places that are interesting; it is the cracks in the highways, the shrubbery by the wayside, that are pregnant with the otherwise.

I noted that while it may have been to some advantage to invite people to think outside the box, at this point the words were like shiny objects distracting us from our real work. It wasn’t enough to simply tell people to think outside the box…as if the critical challenges of our time could be reduced to a want of political will or motivation. The more humbling thing to do – in a time when the vocation of gaining mastery is being undermined by our very human tendency to reproduce what we desperately seek to escape – was to meet the boxes we tend to exteriorize as obstacles on the way to transformation. And so, against the grain of relentless ‘innovation’ and progress, and in a moment when the tropes of “faster!”, “better!”, “bigger!”, and “bolder!” had gripped the African continent, I urged the Summit to consider that the most revolutionary thing we could do was to ‘stop’…to sit with the trouble of our collective amnesia even as our trophy shelves ran out of room.

As I have come to know through letters written to me, this touched so many people – including those who had incorrectly identified me as the Summit’s ‘motivational speaker’. I wish I had said more, but I was so passionate about what I had to say that I felt the need to end it quickly, lest I explode into a supernovae of incoherent words. I rarely get the chance to address people who look like me. Most of the time, I speak with audiences outside of my home continent. My time in Rwanda felt urgent – and with each passing moment, with each painful tick of the clock spent extolling the undeniable benefits of development and growth, I puckered into wrinkled folds of consternation.

What I might have added on – if I had the space to develop the ideas in a grounded space – would have been the invitation to reconsider the boxes we seek to transcend as legacies that are stitched into the very embroidery of our own bodies. Yes, the ‘box’ in the phrase ‘think outside the box’ refers to conceptual frameworks and traditional paradigms that govern the way we think…what we find intelligible or nonsensical. But these ‘boxes’ are not abstract entities, a-corporeal and ahistorical, floating independently in the ether of social relations. They are not Mario coins, aloft in mid-air, waiting to be gathered. They are not matters of the past we are to dismiss in our heady flights for the bright future. They are behavioural stratagems, sensuous encounters with an agentially vibrant ecology, rituals of seeing, and displacements of other sense-making practices. They are ancient and yet contemporaneous with our ongoing bodily mattering, woven into the fabric of spacetimelocation, haunting, colluding, conspiring and instigating – inalienable aspects of our supposedly rational, free-willed selves. The fact that we will often reproduce repressive regimes, sabotage our most noble ‘intentions’, and even ‘regress’ to simpler bodily (and psychic) configurations in a bid to address pressing dilemmas speaks to the stickiness of the materialities we are enmeshed in. In short, we are the boxes we strive to out-think.

The point then is not to transcend the boxes – or to move away from them. I’m not sure about you, but to me there’s something suggestively colonial about the invitation to move away from the texts and textures inscribed on our bodies – the hieroglyphics of the flesh (in the words of Hortense Spillers) – as if we could shake off the messy contributions of the world around us, and march of saved and saintly into the apolitical neutrality of the utopian future. Perhaps, as Wendell Berry might have suggested, our work truly begins when we can no longer continue…when we’ve run out of words…when we’ve been brought to a screeching halt by the commodious presence of a monster a few feet away from us. When we see ourselves to be the monsters in our own paths.

Our work might consist of coming to touch the materialities that possess us, and of nurturing practices that bring us to listen with each other; our work could inspire us to excavate ‘old’ stories and retell them under new skies…to make explicit the hidden chthonic assumptions that like cavernous entities entreat us to persist in seeing-performing the world in specific ways, to the exclusion of many other possibilities.

In a side conversation at the Summit, after a workshop I had just hosted, I did say some of these things to a participant. He asked, “So how do we get solutions then? You seem to be saying we should go back to the past instead of catch up with the West.” I easily dismissed the point about “going back to the past”, showing how his vision of time and innovation was entangled with an understanding of history as unidirectional and unilinear – and, most especially, stressing that the past isn’t really done away with, just recalibrated into the rhizomatic folds of a thick now.

But the inquiry about “solutions” gave me room for pause. In Africa, many people do not have the luxury to ‘slow down’. Their lands have been irreparably altered to fit the chronotope of economic growth (where economic growth, measured in GDP, is at odds with ecological wellbeing and communal prosperity), and once potent resources for addressing crises are failing. What do we do about Lake Chad, about the water crisis in Cape Town, about oil spillages in the Niger Delta, about the migration crisis that is starving our continent of its humans, and about poverty? There are specific contexts where the work I speak of – the humble and difficult work of noticing our noticing – may not be appropriate or grounded in the available conditions. But then there are also spaces that might be hospitable to the idea that solutions are the creaturely and self-inoculating ways we’ve learned to reproduce our problems in a bid to escape meeting the monsters that demand that we shapeshift along with the rest of the planet. Solutions are how we tell ourselves that we are really thinking boldly, when it is in fact the case that we are being thought through, activated by the agencies we’ve supposedly transcended.

Solutions are how the ANC became the regime it once denounced, perpetuating new racial divides between the haves and the have-nots; how cap and trade dynamics reinforce the externalizing gesture that violates ‘nature’; how educational apps and computers shipped to ‘poor third world countries’ increase the learning deficit and banish children to wastelands of the promised future – or, at most, the long visa application lines snaking towards the American embassy.

It is not that there is a super-appropriate thing to do for all situations and that everyone is getting it wrong. It is that the world is too messy to easily condense into guarantees, and that perhaps one of the things we can do to surround ourselves with possibilities for the otherwise is to admit that, and let the pain of that disturb us long enough to rework our bodies.

After my adlibbed speech closing the Summit, the MC whispered in my ear that I had fired up the room – and thanked me for my words. And then she worked the crowd with a few more chants, remaking some of my words to urge the people into greater works for the grand cause of Innovation, and invited young and interested entrepreneurs to talk about how much they were inspired. My body puckered up again. Riel turned to me where we were seated and said, “It’s okay, man. It’s okay.” Somewhere in the audience, barely noticeable in the sea of shiny and exuberant faces and smiles, sat a young lady with furrowed eyebrows and a generally confused look. A crack in the highway. I smiled to myself, turned to Riel and responded: “You just might be right.”