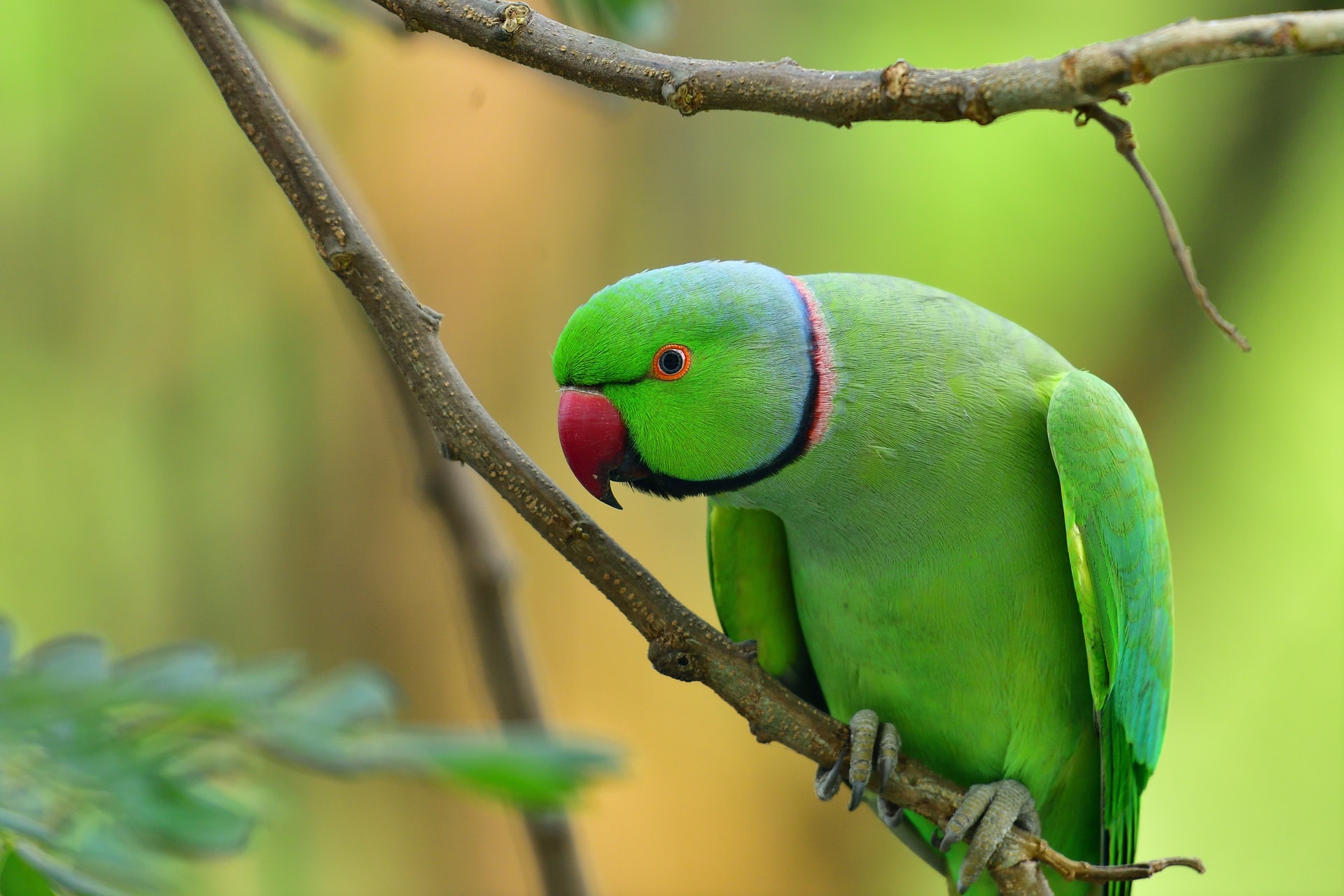 Prologue for ‘The Parrot’s Training’ by Manish Jain

In short bursts of poignant irony, this tale, adapted by Manish Jain from an exquisite short story by Rabindranath Tagore, brings us face to face with charged edges and excluded yearnings for different visions of what it means to learn today.

The words of humans fill me with fear.
They name all the things with articulate sound:
so this is called house and that is called hound,
and the end’s over there and the start’s over here.
Their thinking is scary, with scorn they have fun;
they know what will come and what came before;
and even the mountain is sacred no more:
their property ends just where God’s has begun.
I’m meaning to warn them and stop them: Stay clear!
It’s the singing of things I’m longing to hear.
You touch them and stiff and silent they turn.
You’re killing the things for whose singing I yearn!”

In ‘The Parrot’s Training’, Tagore tells the story of – you guessed it! – a parrot, whose chirpy, flighty unsophistication inspires a benevolent king to educate ‘her’ (I use ‘her’ as a pronoun for the parrot to foreground its feminine subservience to the masculine dominion of the king). With every effort by the Raja’s pundits and experts to keep her under, to stabilize her feathery wildness into tame passivity, to ‘improve’ her, to convert her to the excellent ‘principles of Education’, and make her amenable to the courts, the parrot shines as a stark figure of the ‘inappropriate other’ and of the ‘promising monstrous’ – even when her caged soul-feathers wither up, and she dies. At the end of the story, Tagore beautifully highlights the tragedy of form without spirit, when he writes: “The bird was brought to him, guarded by the kotwal and the sepoys and the sowars. The Raja poked its body with his finger. Only its inner stuffing of book-leaves rustled” (emphasis mine). His tale – even more relevant in our times when the imperatives of a techno-rationalistic monoculture are silencing other cosmo-visions of power, other ways of being with and knowing the world – poetically touches on colonial disruptions of vibrant ecosystems, indigenous livelihoods diagnosed as ‘inadequate’ or ‘compromised’, sacred alliances with lithic landscapes and learning spaces converted to commoditized relationships, and cultural blind spots masqueraded as universal laws.

Manish Jain, passionate about his daughter – whom he affectionately calls ‘Kanku’ – and about nameless numbers of children across India and the world, who have been branded failures by institutionalized schooling because their beauty is considered too unwieldy to fit the anorexic instrumentality of a global politico-educational paradigm, adapts Tagore’s tale for a modern milieu. In a sense, he ushers us into the wily contraptions of our own shiny cages – now adoringly fitted with grade point averages, draconian policies like ‘No Child Left Behind’, the exclusionary dynamics of celebrated measures like ‘One Laptop per Child’, the modern frenzy for job security in an increasingly random, white-water world, and video surveillance for good measure. Like Tagore’s original writing, Manish’s story is just as urgent: we inhabit and are inhabited by practices that are sucking away our vitality – condemning us to magnanimous islands of pitiful scavenging where entire continents of possibilities are pressingly nearby.

As such, like Tagore before him, Manish urges us to take a closer look at the invisible, to consider the impasses of a system too exhausted to hold aloft the emerging aspirations and hopes of many. This tale invites us to consider how ‘we are being stressed by what we’ve repressed’, how in demonizing ourselves, fixing ‘nature’, and perpetuating a ‘single story’ about what it means to be alive, we are continuously blind to other ways of framing ‘education’.

Manish knows this thrilling alterity. Having once worked with UNESCO, hoping to help children in the Global South with spanking new learning initiatives he was co-developing, Manish soon learned that the many peoples he hoped to save didn’t in fact need his sermon. They already had vibrant learning relationships, embodied and contextually potent forms of knowing, and questions of their own – even though they had been represented as needing intervention within the political nexus of his convenient workspace in Paris. Manish later left his job, and returned to India – to learn at the feet of his ‘illiterate’ grandmother, whom his education had told him does not deserve an audience. With his wife, Vidhi, Manish is now co-learning with unschooled Kanku – and all the many grateful ‘khojis’ (or seekers) decolonizing themselves at Manish’s ‘Swaraj University’ – a place unlike any university you’ve ever known.

Just before I became a father, I once asked Manish a question over a conversation via Skype: “So who is likely to do better at mathematics? Your daughter, who has never been to school, or mine – if we eventually decide to send her to school?” Without missing a beat, Manish replied, his pixelated voice sharp as a whip: “Yours. But that’s the point: I’d rather risk her knowing nothing about calculus or trigonometry than seeing her divorced from the rich wisdoms of her land, from the support of many keen worlds only accessible to the ‘unschooled’, from the many wondrous possibilities of collective being and abundance that opens up when life isn’t framed as an educational trajectory to indentured servitude.” Well, to be accurate, he wasn’t half as poetic as that. I have taken many liberties in embellishing faint memories. But what he said was no less potent.

Today, we will not be compelling our daughter, Alethea, two years old, to go to school. Read the story that follows these introductory comments. Perhaps you too will find – as many around the world are realizing – why in naming the colour, we blind the eye.