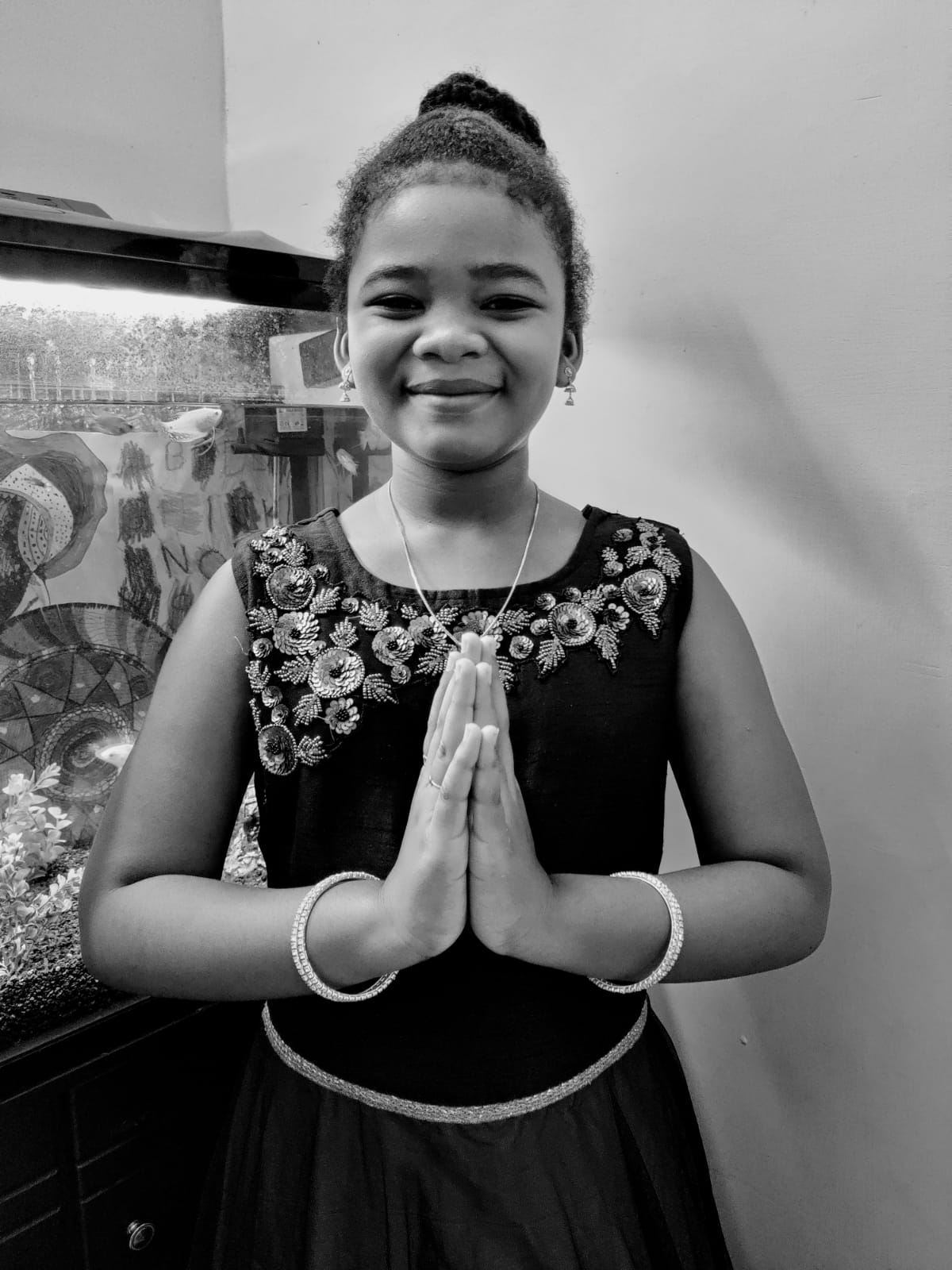 Say it with a 'head wobble'

Not the head. Not even the heart. But the head wobble.

I am learning to speak Tamil.

It is not an easy tongue to convene or to master. When my wife EJ speaks it, the language sounds to me like crushed up words ground finely into a smooth buttery admixture, vigorously stirred in a generous head wobble, then applied like turmeric paste on the ears of a listener - with musical accompaniment. Unlike English and its clunky, anxious boundaries, Tamil flows like an unchecked masala stream.

After many failures, I gave up on trying to learn it until our 8-year old daughter Alethea started to understand it and speak it, mocking my bovine imperviousness to her mother's language. I made a firm decision then - the umpteenth in a faltering series of 'firm resolutions' - that I was once again going to try to do the thing I seemed quite incapable of doing: learning a new language.

Some days ago, while meeting with children in our neighbourhood, distributing food in the name of our son, EJ taught me the words to say as I approached proper strangers. I said them to myself, studiously. Over and over again. Repeating it so that it stuck. "Say it with a wobble," EJ added, as her own head swiveled like a pendulum in mid-flight. Ah! - but I shall look foolish if I tried 'that', my mind protested. With something in my throat, I tried it out anyway - meeting a stranger with the words EJ loaned me and then unleashing my secret weapon: the reassurance of an imperfectly curated wobble.

Through their face masks, I knew the people I met were smiling, touched in a way. It wasn't the words I said; it was the part of language that is largely unspoken. Something about the gesture brought me to my knees, exposed me, opened my animal pores a bit wider - just wide enough to allow the sinewy threads of mutuality to interrupt my isolation.

Something shifted, a realization yawned awake: I had been trying to "learn Tamil", to master it, to squeeze it into the shapes I was used to. Anything outside of that would make me look stupid. I imagined a dictionary might help, a blueprint of meanings and symbols. But if you will learn a new language, the language must also learn you. Languages are ecological intensities, fields of resonances, material in their effects. Language is not reducible to communication. It is a matter of placemaking, an economy of offering care and responding to flows. To speak anew is to risk being stupid, to be diagonal and oriented. To speak is to be reconstituted. To speak is to fall prostrate. To speak is to be immersed in fluids that exceed the transactionality of meaning: it is to anticipate, co-create, and shape the world together. In the beginning was the Word...

There are other languages we are trying to learn these days: the language of the future. The language of justice. Of freedom. Of Ursula le Guin's 'Omelas'. I have a strong suspicion that even if we mastered all the words, we wouldn't be close to 'speaking' - at least not in the performatively sociomaterial ways I reframe 'voice'. It will take a becoming-animal, a loosening of the spine, a stretching of the pores, a relaxing of the edges, a tenderization of meaning, and a posthumanist surrendering of some kind for new languages to take root.

It will take a head wobble.