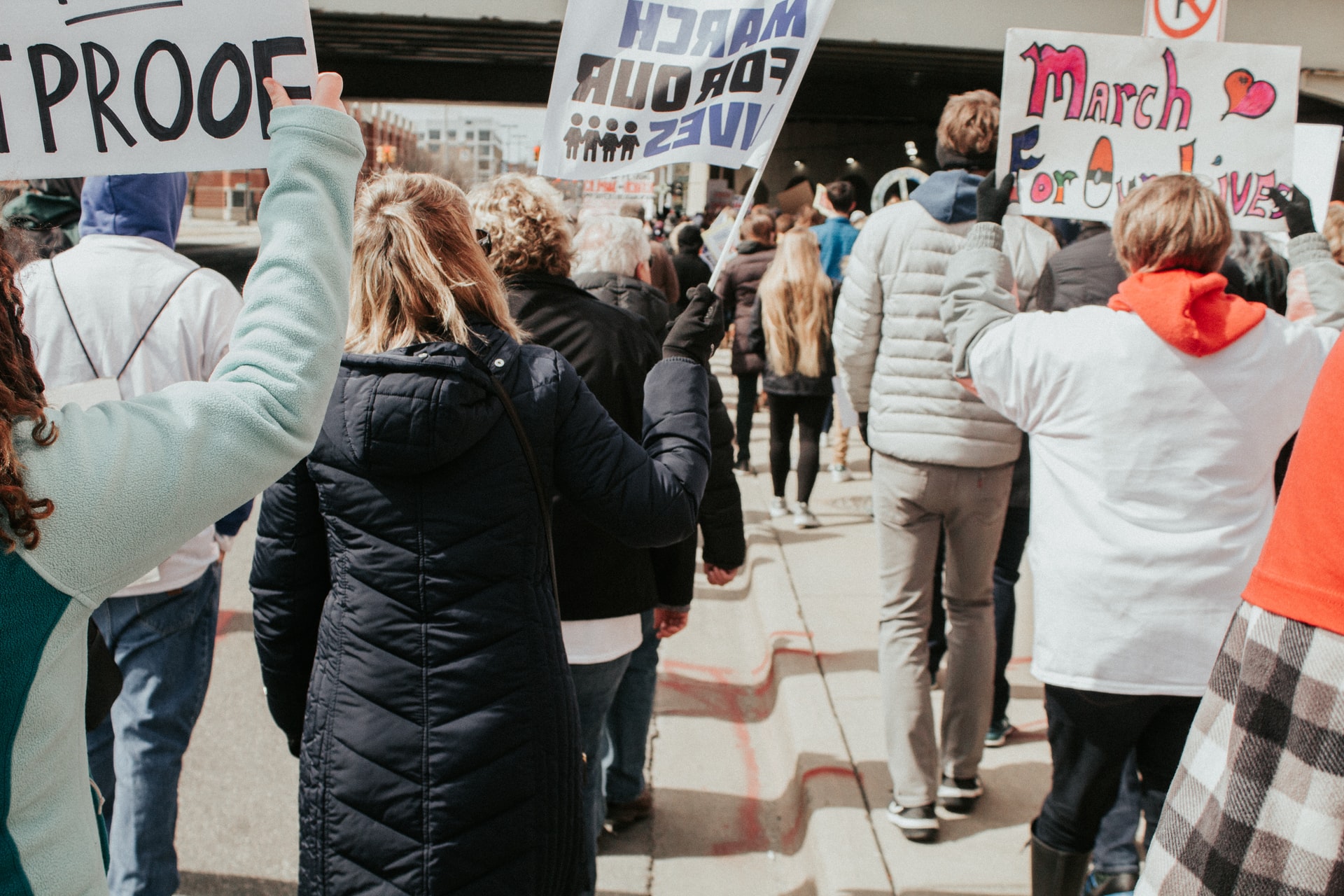 Shootings in America: A Letter to New Questions

I am not American, but I am a parent. However I don’t need to be an American or even a parent to know the unbearably acrid taste of a mother’s sorrow, of a parent’s loss, of a partner’s feeling of emptiness after a loved one is snatched away too soon.

When I was little, I lived with my family in Kinshasa, the capital of then-Zaire, now Democratic Republic of Congo. One night, soldiers carrying big guns – the names of which I couldn’t have cared to find out – jumped into our compound. Through the night, these bitter camo-totting war men held my family hostage, firing bullets down at us from the roof to immobilize us. They later found us in our bathroom and taunted us with their guns, threatening to take our lives. They put a gun to my little sister’s head and actually attempted to drag my father outside to kill him. My mother’s hard pleadings and fierce spirituality stood in their way. Even though we escaped the war-torn capital, weaving our way through the gutters and back alleys to the Nigerian Embassy, I still remember that night. It is usually hard to forget being at the wrong end of a gun.

With 18 firearm incidents in the US alone (many involving children) in the first 45 days of 2018, the political argument in the United States around guns, the Second Amendment, the NRA, and background checks seems to be the usual soundtrack to a dreadful refrain – a Sisyphean nightmare…a ritual that works with feelings of obligation, noble intentions, and thoughts and prayers that translate into nothing meaningful.

Perhaps it is time to think differently about what is going on. Perhaps those who still can hold a thought must gather round those who need to grieve now – and, in service to the lost as well as the perpetrators (who are also victims), sit with the trouble of these happenings, accounting for their complicity in the events.

Maybe such a fresh reappraisal will bring some of us to consider that guns are not tools. The old argument that rests on a demarcation between the perpetrator and his/her weapon of choice betrays our thick embeddedness in a culture of anthropocentric hubris – a culture that does not see how fragile and porous we really are.

Guns don’t kill people, people kill people? The perpetrator would still be the same person even if guns are taken away? Not so. In the same way our iPhones and laptops shape us and condition us to speak, act, feel and behave in certain ways…in the same way staircases have powerful effects on body posture…in the same manner car drivers display feelings of fear and anxiety when those drivers are placed in self-automated vehicles…in the same manner apples seduce us to eat them so they can reproduce themselves, the things we call tools are no less influential, effective or agential. We can no longer see the world in terms of users versus tools. In short, we are co-emergent with the things we supposedly use. We are defined by them, shaped and carved by them – much in the same way we supposedly define, shape and carve them. Just observe the way today’s android-wielding teenagers are abandoning the conventional logic and syntax of ‘proper’ communication.

The thing is this: guns are agents too. The ‘Florida shooter’ would be a qualitatively different creature from the ‘Florida stabber’ – not merely in terms of outcomes but in terms of capacity and affect. We have to at least be willing to see that the automatic gun/human assemblage has a capacity and lust for carnage that wouldn’t be available in other scenarios.

Additionally, the argument from ‘mental illness’ is disingenuous at best and dangerous at worst. It not only scandalizes those who need our support, our community and our care, it serves to essentialize and locate the ‘problem’ within the individual…removing focus on the systems, processes, networks and conditions that very individual derives his agency from. Psychopathology is not independent – it is environmental, political, ecological and spiritual. And because reality is always changing, we could well be looking at a form of ‘mental illness’ (I dislike the phrase) that is defined by or at least conditioned by the mass availability of assault weapons. In any case, this is more than an issue of a few bad eggs – it is about the whole damn chicken (pardon my French).

But this is also not a political argument that should fall neatly into any institutional category. This is not about repeal guns and strengthen background checks versus the inalienable rights of Americans to defend themselves from a rogue government with nuclear capabilities. This is not blue versus red. This is not a way of insisting that just because other countries have strong gun control laws, America must have the same (nation-states have different cultural, textural and historic configurations and are not homogenous).

Instead, this is about our collective incapacity to think through a problem on our own – not because we do not have political will or because we are inadequate, but because the way to think with this might not be available. Or the alliance we need to make with the world around us hasn’t happened yet. Maybe we are all authors of these tragic moments – peoples, guns and the socio-political conditions and ideologies that give them meaning and identity. Maybe when shooters pull their triggers, they tug at a web that entangles a highly partisan political framework that is more attuned to lobbyists and corporate interests than it is to the ordinary concerns of people; maybe the ideas of absolute freedom and American exceptionalism and greatness are creating a nation that finds more reward in looking away from its own shadows. What noticing the world this way does is that it humbles us and compels us to account for the intersectional agencies, frameworks and powers that stitch us together – it frees us to ask different questions that would not be possible if we simply stuck to our talking points.

But I don’t really know. All I have are tiny questions and a terrifying moment at the mercy of a soldier’s gun. Yes, it is usually hard to forget being at the wrong end of a gun: for the sake of American children and parents and lovers – our brothers, sisters and children – I hope that we come to notice the startling web that entangles the ‘wrong end’, the ‘right end’, and a nation that must learn to meet itself anew.