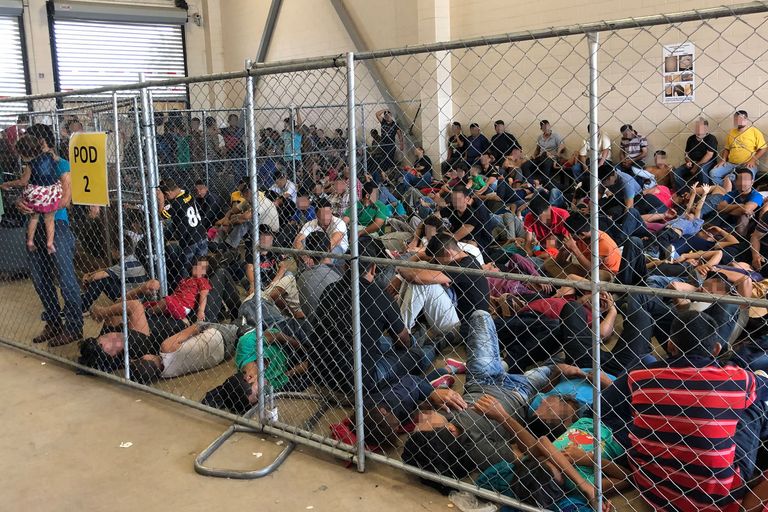 The costs of American exceptionalism

I’ve been reading about the heartbreaking stories of immigrant children at American borders.

The way these kids are snatched from their parents (literally from their mothers’ breasts), tagged, categorized, renamed, hushed, and assigned spots in surveilled warehouses, reinforces several points for me:

1. We often become what we strenuously resist: In its effort to keep the exteriorized ‘outside’ at bay, the American nation-state is exhibiting the same gestures of biopolitical subjectivization that characterized gruesome dictatorial regimes it once claimed to be morally superior to. Already, grainy images of old Nazi concentration camps and the haunting language of finality (Stephen Miller’s “simple decision” sounds eerily similar to Nazi Germany’s “final solution”) are sweeping through the Internet, drawing startling connections between the US and the Third Reich. The lesson here? Exceptionalism is pricey. The reward for hard-line protectionist policies might be safety, but their real cost is the loss of the freedom to be otherwise. The same move that freezes the outside is the very same gesture that damns the inside to its own prison.

2. This ‘exceptional state of affairs’ is and has always been part of the fabric of violence in America: This isn’t new. This shouldn’t be too shocking. “Border control” merely serves as the extenuating circumstance here. The American state is founded upon the idea that most of us are less-than-human, and only a few of us can be granted the coveted status of being fully human. Infiltrating the ‘everyday’, enshrined in its ideals, written on our skins, lurking behind the ‘placeholder virtues’ of the American state, is the intelligibility of whiteness – a colonial order of bodies that strips humanity from ‘minorities’. The Trump Administration is merely the seed crystal dropped into the super-saturated soup of simmering whiteness, crystallizing it instantaneously, calling if from the shy edges to the towering center.

3. Handcuffing a mother after her breastfeeding child is torn from her side. Border officials joking about wailing children. Gaslighting the opposition party to deflect accountability. None of these are evil. As appalling as these practices are, naming them ‘evil’ would be a mistake – that would be letting them off easily, disabling us from noticing a keener story. This isn’t about a few bad eggs. Something more interesting than Trump, Miller, Sessions and unbridled evil is happening here. I propose that a closer look might bring us to observe how creaturely and fragile our claims to independent, rational thought and agency really are. Perhaps some of the actors involved in taking children away from their parents are parents themselves. How do they justify their actions? War criminals have often noted in courthouses that they were merely following orders. Some of the most outrageous acts of horror have been committed by people who were just following orders (read about the Stanford Prison Experiment and the Milgram Experiment). And therein lies the rub: we think, act, feel and move within assemblages. The old picture that portrayed ‘thought’ and other cognitive events as something happening in our heads fails to account for the powerful roles environments play in instigating, reinforcing, modifying and legitimizing otherwise damnable behaviour. As such, we are immersed in planetary ecologies of thinking that shape us. There are hundreds of political actors around you who don’t look villainous or evil, but are just as complicit in maintaining the state of affairs that now mark those children.

4. And finally, granting equality to these children and families may be just as violent as what they are undergoing now. In granting equality, the state apparatus modifies the bodies of the subjugated – forcing them to behave and act in certain ways so as to be granted access. Perhaps then, the work we can hold space for is the decolonization of the cherished figure of Man that is central to modern ideas of equality and justice. We need to attune to other genres of the human, practices of the otherwise, and other notions of aliveness. In the words of black feminist scholar Sylvia Wynter, we need to move “towards the Human, after Man”.