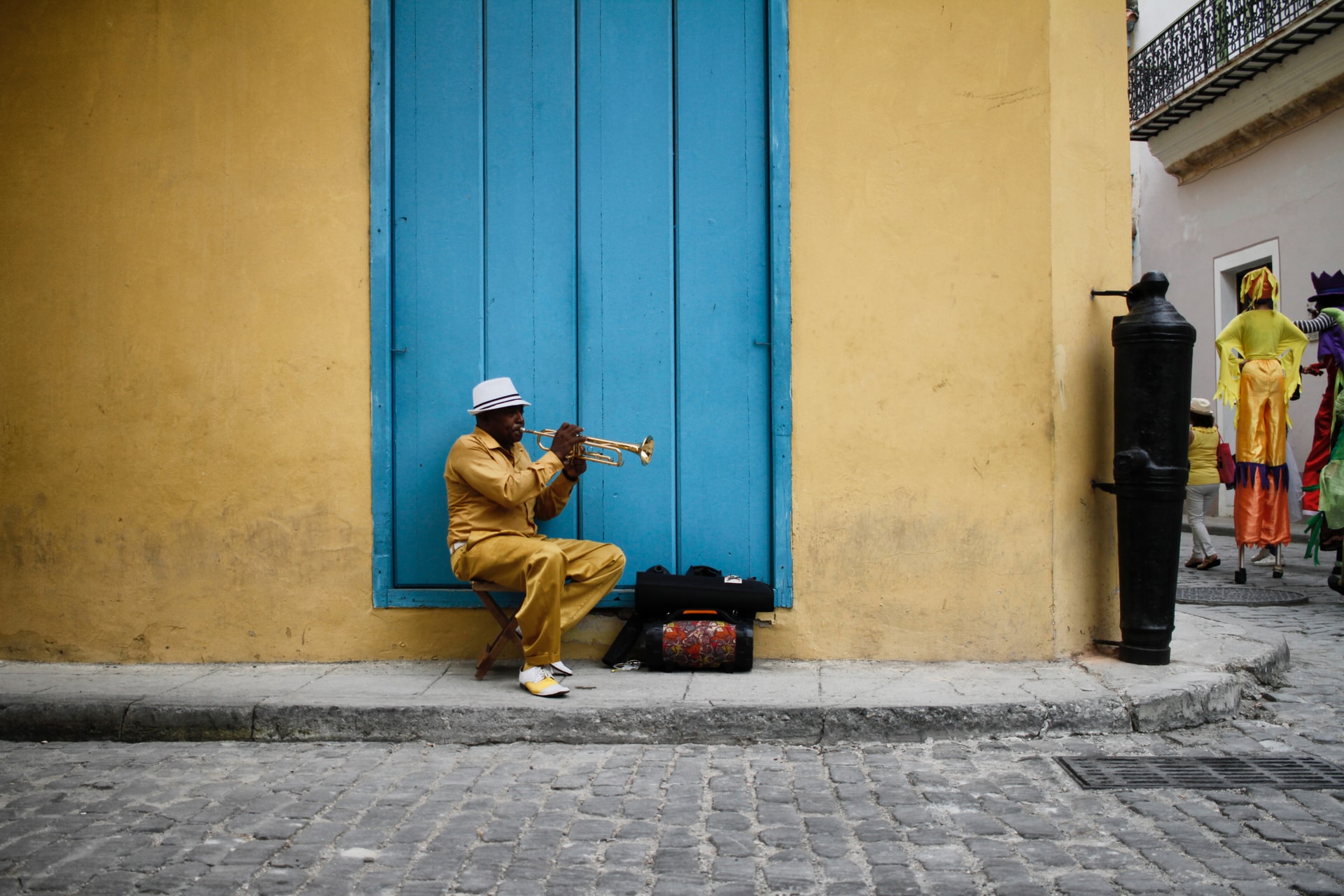 The politics of the pursuit of happiness

Silhouetted by an iridescent blur of running children, dancing draperies, and rhythmic conversations, my wife Ej and I inched our way toward an old man sitting quietly by an anonymous stack of coloured papers and abandoned sandals.

This article was first published in SHIFT Magazine.

It was our first ‘Unconference’ and our first visit to Bir, a Tibetan colony overlooking the mighty Himalayas in Himachal Pradesh, India. The ‘old man’ in question, fondly called ‘a walking encyclopedia’ by those that took to his counterintuitive thoughts, had just spoken to a small circle about quantum dynamics and consciousness. I had read some of his writings on the internet, and decided we should meet him.

After we had made small talk about our careers as university lecturers, and thanked him for the beautiful discussion he had facilitated in his group, he reached around his chair, grabbed a little piece of paper on the floor and – with a self-assuredness that was strangely more appealing than off-putting – asked if it were possible to cut a hole in it that was large enough for any of us to go through. We doubted it. We were totally confident that it was impossible: the square-ish piece of paper he held was a few inches across; a hole in its middle wouldn’t have accommodated my arm. So we said so. No, it’s not possible, we both echoed. He asked again – this time, slowly, as if to encourage us to be just as hesitant with our responses – but while he asked, he cut a few inches off the piece, making it even smaller – and us, even surer. And so we stitched our next answer with a few meandering but admittedly needless comments about why it was obviously impossible, our confidence still resolute.

Without further ado, he folded the piece many times over and, with his scissors, made little cascading incisions on two sides of the now rectangular folds, and then snipped off the edges of the emergent pattern. Seconds later, while mumbling to himself, he held out a miracle: the tiny insignificant piece of paper had become a zigzagged ring large enough for both of us to dance through. He didn’t spare us a moment to gasp: “The thing with folks like you”, he began, “is that you are so caught up in your answers, in your ways of knowing, in your little binaries. Life isn’t that familiar. Life isn’t that coherent.”

I remembered his words when, on March 20th this year, some people I know decided to celebrate the ‘International Day of Happiness’. Not quite sure what celebrating the Day would entail, and even less sure what it ultimately means to be happy, I settled into the relatively lackluster stance of an interested observer. For many, creating parody videos and dancing to the psychedelic tunes of Pharrell’s phenomenally successful single, ‘Happy’, was good enough to ennoble the Day; others felt it was a good time to take a road trip, see new places, and visit the shopping mall. Not surprisingly, multiple blogs and websites like Huffington Post posted advice on the virtues of positive thinking, and what one must do and not do in order to be truly happy. And ;/’while the United Nations General Assembly – the body that instituted the Day – acknowledged that happiness means different things to different people, it suggested that the Day was a time to affirm that happiness is good, that a large number of people around the world are not as happy as we are, and thus we ought to be grateful about how already happy we are – and optimistic about a future filled with happiness. Having grown up in an ultra-charismatic Christian context, where the faithful were somewhat ‘expected’ to speak only ‘positive things’, give awkward high-fives, repeat ‘yearly declarations’ just before they began a conversation, ‘claim blessings’, and smile very often, I couldn’t help but identify the Day as yet another ritual that silently reinforced the fictional primacy of happiness and the gallantness of its pursuit. For me, there had to be something amiss when people weren’t just happy – but had to be.

In a sense, modern civilization is a set of instructions and coordinates designed to discipline human experience and subjectivity, delineate between fabricated polarities, and galvanize collective action towards reinforcing the notion of the coherent Self. The dominant myth of our times is that the self exists at a distinguished distance from ‘nature’ and from other selves. Having propped up the discrete, isolated self on a golden pedestal, the prime burden of thought has been to come to terms with how best the self can thrive. The Euro-American imperatives to preserve the workings of a separate ‘self’, and to globalize the process of individuation, have worked hand in hand with the directionality offered by the discourse on happiness. What modernity thus offers us is a yellow brick road – a singular pathway towards happiness – a rational trajectory, a thesis that accentuates loyalty to formal ways of knowing, to the marketplace, to the nation state, to the idea of progress, and to a linear conception of time. The promise is that happiness lies solely in what modern institutions have to offer.

One would expect, therefore, that with all the progress we’ve made in asserting our superiority over nature, conquering outer space, and crafting advanced tools for solving our most challenging problems, we would be firmly situated in a significantly happier world. Isn’t it awkward, then, that urbanization, economic growth, technological advancement, security, scientific rationalism and all the familiar trappings of modern civilization haven’t made us a happier species? Not even the mass culture of positive thinking successfully hides our existential faux pas, our conspiratorial embarrassment at our inability to achieve happiness. It is perhaps too difficult for us to own up to… too difficult for us to admit that we aren’t any better, any happier, than generations past. So, beneath the subterfuge of the normal, we continue to enlarge our living spaces, to purchase the most recent technological innovations, to keep up with the Twitter-verse, to build sleeker roads, to gain access to more cash and property, to seek more and higher educational qualifications and degrees.

Those larger spaces have, however, given us more room to be miserable in, accentuating our separation; the cosmologically urgent addition of an extra USB port to the latest iPad device speaks volumes about our priorities. And Twitter? The recent overabundance of social networks has hollowed out our once boisterous and visceral experiences of intimacy, replacing face to face conversations with the enhancement of a wall post and a sterile avatar that we pretend to be.

Better roads have only given us more reason to get away from each other – faster; making more money adds to the illusion of independence, the delusion of control, the trickery of lordship and magisterial detachment from ‘nature’. And if schooling has taught us anything, it is that knowledge is joyless, boring and tethered to equally morbid authority figures whose claims to wisdom are highlighted by their cluelessness.

It is not that there is a yellow brick road that leads to happiness we haven’t yet found. The ‘problem’ runs deeper than this, and lies somewhere in the realization that happiness – for all its instrumental potency, experiential acuity and linguistic attractiveness – is not a ‘thing’. We are not at all sure what we mean by happiness. We think we know what it is, and can probably summon memories or imagery that evoke feelings of deep satisfaction, childish bliss and contentment. But knee-deep in those circumstances, if we are to inspect our feelings, we don’t find a well-defined, well-boundaried quality lurking in conscious awareness. In fact, for some of us, happiness has a tragic quality to it, for not only is it fleeting, it embodies a desperate longing for permanence that belies our transience. Happiness, like a drunken dancer, always seems one step ahead – preferably beyond our final grasp… so that we curiously prefer the desire for happiness, the pursuit of happiness, over happiness itself. Perhaps we unconsciously reject the crippling finality of achieving happiness, and would very much prefer to keep up appearances than win to ourselves this much coveted trophy; perhaps, in more ways than we care to admit, happiness reminds us of sadness  and is often indistinguishable from that intractable angst that inhabits our every breathing moment.

But yet another persuasive reason why happiness has proved elusive is oddly because we pursue it so relentlessly. In fact, the pursuit of happiness is enshrined in our social operating systems – motivating us to high ambition, upward mobility and constant self-scrutiny. Yet there seems to be a paradoxical process buried in human behavior, which thwarts our most resolute intentions to be happy. It seems that the more determined we are to do something, the more we stand in the way of doing it. Alan Watts called it the ‘law of reversed effort’; Lauren Berlant called it ‘cruel optimism’, hinting at the ways hope and desire often force themselves on things that are hindrances to one’s flourishing; Fyodor Dostoyevsky, author of The Brothers Karamazov, bemoaned his failure at thought expression and immortalized the story of the ‘white bear’; and Daniel Wegner, a psychologist, inspired by Dostoyevsky’s thought experiment, carried out experiments of his own to illustrate how trying not to think about something readily makes that thing irresistibly available to awareness. Wegner’s experiments allow us to see how self-defeating the ideology of positive thinking really is. Constantly thinking ‘positive thoughts’ (and attempting to ‘repress negative thoughts’) is fraught with critical problems. What could be more disarming than the realization that our protracted efforts to be happy have created unprecedented measures of grief?

So how do we achieve happiness? Is it even a worthwhile goal any longer? Was it ever?

One thing is somewhat clear: the infrastructure of modern human experience no longer serves our deep and emerging desires for a life of our own making. The promises of big money, trickle-down economics, structural adjustment programs, giant industries, deregulated transnational corporations, banks, and more jobs have failed us. The normal is no longer worthwhile. We can no longer abide a system that actively exploits our hopes, supplants our energies with cruel optimism, and acts on our behalf – while silencing our own voices.

However, if Dostoyevsky’s white bear experiments teach us anything, it is that we very often assume the shape of that which we work so hard to resist. Perhaps this is why civil action groups and protest movements end up resembling the giant corporations they fight against. While that kind of activism has its place, our best hopes probably lie in co-creating relational spaces of rejuvenation, where the hegemonic dynamics of the coherent self can be slowly dismantled. By turning to each other, and summoning spaces that allow our radical simultaneity to be expressed, we live more beautiful lives.

Modernity was an attempt to broadcast the triumph of the isolated self, and sterilize our notions of wellbeing. We are now awakening to the realization that the self is porous and not as contained as we might like to think – and that all aspects of consciousness dance together in a mutual state of inclusivity, so that it is ultimately impossible to divorce happiness from grief. Perhaps coming home to ourselves involves recognizing that grief has its purpose, without which happiness is a mere plastic echo of itself. Perhaps coming home to a more beautiful world means we realize – as the gentleman up in the Himalayan regions told Ej and I – that life isn’t that coherent.