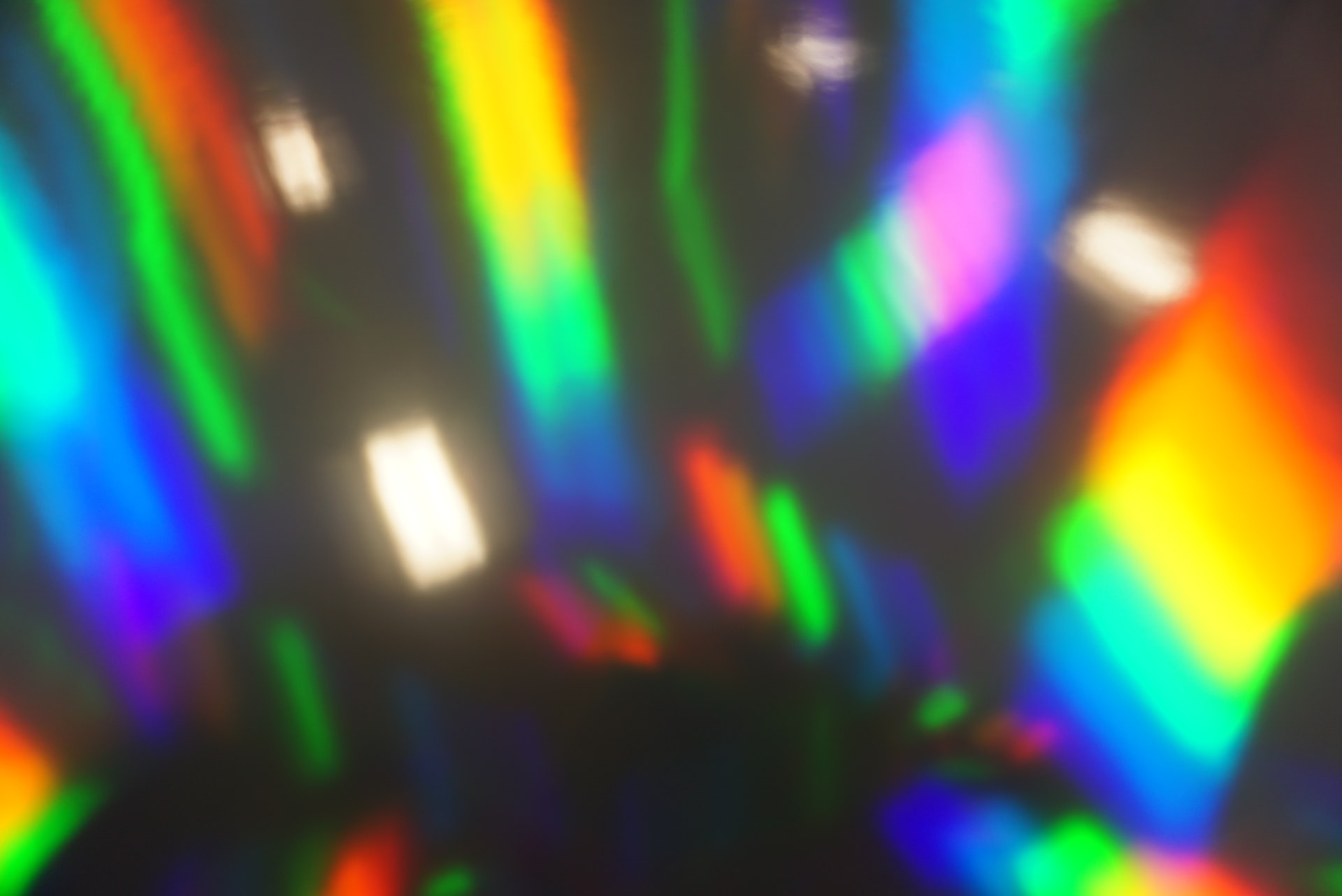 To be a proper self is to be beside oneself

The term ‘possession’ still conjures for me images of demoniacs squirming in the shadows of sanctified men, confessing to nightly deeds as evil spirits are torn away from their bodies. Growing up in a rich religious-cultural world of syncretic traditions and reinvented folklore meant there were far too many instances of this phenomenon – and far too many suspicious exorcisms. A ‘possession’ happened when someone who wasn’t sanctified became occupied by spirits or demons outside of the person’s control, causing the person to behave in ways that were morally reprehensible and/or harmful to self. Depending on the firmness of your accuser’s claims, you were likely possessed if you had frequent dreams that involved flying and eating food; if you combed your hair at night (I faintly recall hearing about this criteria many years ago, though I cannot be sure if I have correctly conveyed the criterion’s nuances); if you kept to yourself and read strange books (in which case, I am Legion), if you dressed in a way that exposed your flesh, and/or if you confessed to being a member of a dark society. The list was endless. Those who were ‘caught’ were often humiliated, showered with holy water, or committed to psychiatric authorities for being ‘beside themselves’.

This idea of being beside oneself, of being overcome by something greater than you are, wasn’t just a feature of my immediate context. In the American horror movies I watched, being possessed was a familiar trope. Victims were often equipped with powers their ordinary selves didn’t have: they could crawl up walls and speak with monstrous baritone voices that made beds levitate; they could contort their bodies in gruesome ways (their brittle bones cracking dramatically with the audial depth of dried crayfish in my mother’s pot); they knew things before they happened. Peering through finger-covered eyes, I often wondered about the mechanics of possession: what happened to the self whose throne was usurped? Some movies answered my question by implying that the self was still present, just temporarily dethroned and imprisoned, yet often painfully aware of this supernatural insurgency while struggling from a corner of awareness. Other film treatments suggested that the original self was totally subdued, seemingly made unconscious, so that when post-exorcism recovery was complete the victims had no memories of their strange episode.

Whatever you believe to be true about demons, legion and exorcism, the idea of possession does seem to carry with it a proprietary notion of the self…a self that is eventually displaced by another coherent self, its ontological firewalls hacked open and invaded. In short, possession assumes ownership. We own ourselves. We are independent. We are in control of ourselves. Possession signals a violation of those juridical barriers, an invasion of hallowed territory. If you think in terms of ‘souls’, disembodied incorporeal selves that are said to be our real…um, selves (and not the fleshly container we merely inhabit in the meantime), then possession would potentially explain why people often do strange things, why we often sabotage ourselves in spite of our intentions, why our thoughts often run amok, why we often experience deep suffering, why we spend a lot of time and energy nurturing the masks we carefully craft to evade detection – to hide the lurking stranger within, the dark passenger.

But is the self as hallowed and as boundaried as the concept of possession would have us believe it is? Are we as autonomous and original as we think? It no longer appears to be the case that selves are integrated souls that inhabit otherwise disposable material bodies. There are compelling insights and scholarship that draw our attention to our intricate entanglements with ‘our bodies’, so that even saying “our bodies” feels distancing. Some might say that we are coming down to earth…down from the lofty and abstract places we occupied when we told ourselves we were superior to the world around us.

In acknowledgement of this ‘coming down to earth’, new materialist theorist Stacy Alaimo suggests that the idea of an independent pre-relational soul, one that is open to occasional tinkering from external forces, is conditioned upon an understanding of our environments as dead, negative places lacking vitality and agency. She writes along with other ecological thinkers to unsettle that notion, showing that environments are sites of inter-change and dynamic becoming. Bodies do not move coherently and intact through their surroundings or independent of them; instead, bodies and their surroundings are dynamic, co-constitutive, material practices of intra-penetration. The boundaries between ‘us’ and our ‘contexts’ are so thin, that one might say we are tentacular extensions of whatever the world is doing.

Alaimo names this striking submission, ‘trans-corporeality’ – meaning, we inhabit the liminal spaces between-bodies. It doesn’t end here: educator and biologist Lynn Margulis wrote extensively about the ‘holobiont’, troubling the idea of independence by showing how organisms are composite creatures, companion species – thriving only because of relationships. To sense what she means, think of a cow and its microbiota (that is, the microorganisms the cow maintains in its body). It is not that there is a pure entity called a cow, which is to be noticed separately from those microorganisms; it is that a cow is not possible without the activity of these microbial ‘demons’ that possess it. Their symbiosis is so intimate that a new word needs to be coined to describe just how closely they rub against one another – or, I should say, rub each other out. Thankfully, feminist scholar Karen Barad speaks of ‘intra-actions’, instead of ‘interactions’ because the latter assumes two independent things come together and become something new, whereas the former invites us to consider that it is only in the context of relationship that things gain their identity and definition, not prior to it.

‘Cow’ and its ‘microbiome’. ‘Human’ and its microbe populations. Cicadas and the fungi Massospora.[1] The list is endless.

Only a weird relational ontology allows us to richly appreciate that we are indeed possessed, and so thoroughly possessed that if an exorcism of our many inhabitants were attempted, it might cancel us out along with them. The story here is not simply that we have more other-than-human cells than human cells, or that these critters are intimately connected with a range of emotions we experience as ‘ours’, or even that these other-than-human entities traverse generational boundaries and are part and parcel of our psychological makeup; there’s more.

“Our DNA, which we know to be a textual code composed of nucleotide sequences T (thymine), A (adenine), G (guanine), and C (cytosine), is essentially read by the organism, telling the organism what compounds (further DNA scripts) it ought to produce. When a virus enters our system, it literally interferes with this process of DNA transcription, causing the viral DNA to be read in combination with the host DNA, and producing new and affected scripts. The altered micro-scripts that emerge generate changes in the whole organism, which we are able to read as the macro symptoms of illness. Interestingly enough, recent research has shown that the effects of viruses upon hosts are not to be restricted to purely “physical” symptoms…

“Rabies DNA possesses dogs, producing dogs that don’t wag their tails and prance with joy upon seeing their masters, but who seek to bite them instead. This kind of change of comportment is hardly restricted to animals. According to Nicky Boulter, an infectious disease researcher at Sydney University of Technology, people infected with toxoplasmosis are literally possessed by this disease: ‘Infected men have lower IQs, achieve a lower level of education, and have shorter attention spans. They are also more likely to break rules and take risks, be more independent, more antisocial, suspicious, jealous, and morose, and are deemed less attractive to women. On the other hand, infected women tend to be more outgoing, friendly, more promiscuous, and are considered more attractive to men compared with noninfected controls.’ All of this comportment serves the purpose, we might note, of preserving the rabies DNA in existence, or passing on the toxoplasmosis virus to future hosts.”[2]

Tabas’s analysis stresses and amplifies Alaimo’s observations about transcorporeality. When we fall ill, we have shapeshifted. It is a possession. One cannot trace back to a time before the illness, back to an autonomous body prior to the intra-textual exchange of molecules, since bodies also intra-act with time and therefore secrete their own temporalities in their ongoing re/definition. In this sense, ‘children’ don’t grow (where growth suggests a directional and teleological path of emergence encoded into bodies); children exchange possessions. Bodies encounter other bodies in an ecosystem of mutual constitution, very often in unpredictable and surprising ways, and this encountering of ‘others’ is the condition for survival.

It turns out possession is the condition for being selves – though this is a possession reimagined as mutualism, not exteriority. To be a proper self is to be beside oneself. We live and breathe and thrive in the heat generated by the manifold others that inhabit us – not just micro-critters, but ancestral modes of knowing, material ideas, memories, and desires. The emerging picture of transcorporeality contributes to the horror genre, demonstrating not just how the notion of possession still feels useful, but reinforcing – with a haunting tune – the idea that our entanglement with others is more shocking than an exorcism ritual can possibly address. And that the saint himself is undone, since sainthood is no less haunted than everything else is.