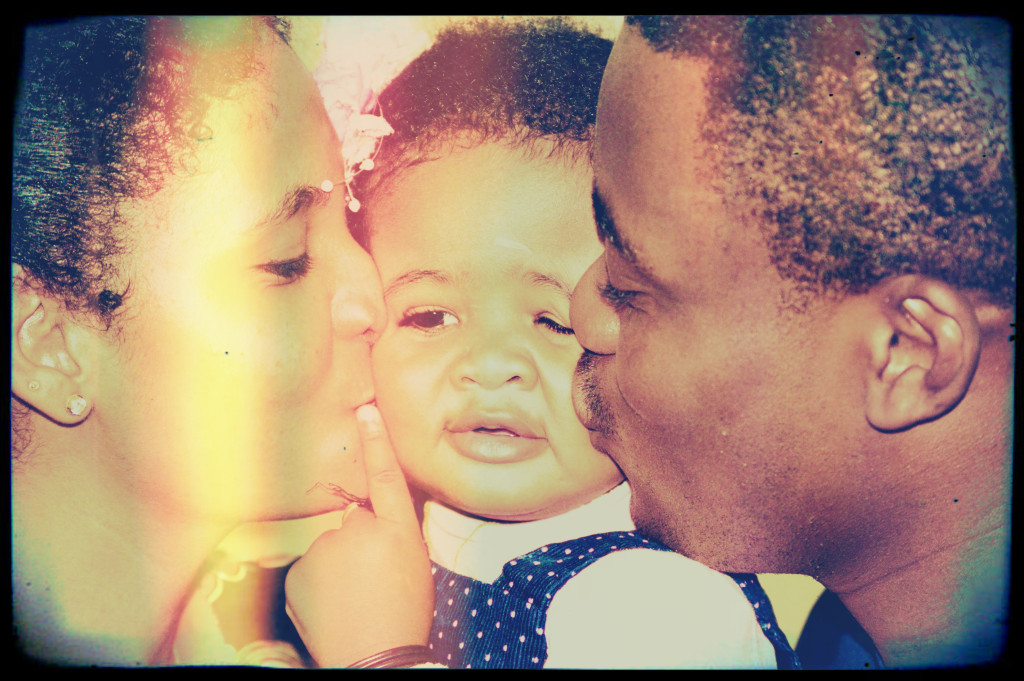 I recently read an article on the Huffington Post titled ‘Dumb-Ass Stuff We Need To Stop Saying To Dads’, and it inspired me to celebrate great dads. I personally can relate one hundred per cent to what Rosie Devereux so beautifully expresses in this article.

I clearly remember having a talk with my husband (Bayo), a few months before we got married, expressing my concerns about his disposition around his sister’s kids. I remember asking him if he did not like kids, for I had never seen him play or engage with them more than what was socially polite. Looking back on that conversation I can only laugh at myself, because the ‘dad’ that is at home today, the one who is so sweetly cuddled up with our daughter, Alethea, is one I could never have imagined would happen.

Bayo and Alethea have a beautiful relationship. People look at us and say “Oh, your husband is so involved in parenting your daughter!” – I’d usually grin and say yes, but leave with a disturbing feeling: when did people stop believing that a dad is a parent too and is never divorced from that relationship?

I remember the first time Bayo bathed our daughter alone; she had just turned one, and he had finally mustered enough courage to take this journey. Everyone at home kept asking me to go up: “Go to the bathroom! How can you sit here while your child is with him? He does not know what he is doing!” I would reply: “Well, I don’t know too, but you guys trusted me with her. We have to trust him too, after all he is her dad.” The result? I have not given Alethea a bath since that day (except when he travels). Alethea is two now and loves her ‘dada’ giving her a bath; it’s almost become a ritual between the two of them.  And that is not all; he always tries to be there for her and is the one that sings her to sleep every night.

I also had a similar relationship with my dad; he would bathe my sister and me, dress us up for school, ‘do’ our hair while my mother got breakfast ready and packed our lunch boxes. My dad was so hands-on that at school, my friend would know the difference between when my dad ‘did’ our hair and when my mom did. They always said that his style of doing our hair (which is exactly the same as what my mom did) was always neater.

The stories I could personally share are numerous, but this is not a new marketing ploy for new and improved dads: it’s just my way of celebrating two men who have blessed my life in ways they may never even begin to understand.

So let’s move away from this mentality that dads can’t handle their kids or they are not to be trusted as moms, because I have had first-hand experience with two great dads and I am so grateful for them and their love that informs all the small things they do.

So, Alethea and I raise our proverbial glasses to our ‘Dadas’ – Bayo and Faith (my dad, whom I wish Alethea could have met) and to other ‘Dadas’ out there who may have not been duly acknowledged.

We love you Dadas.